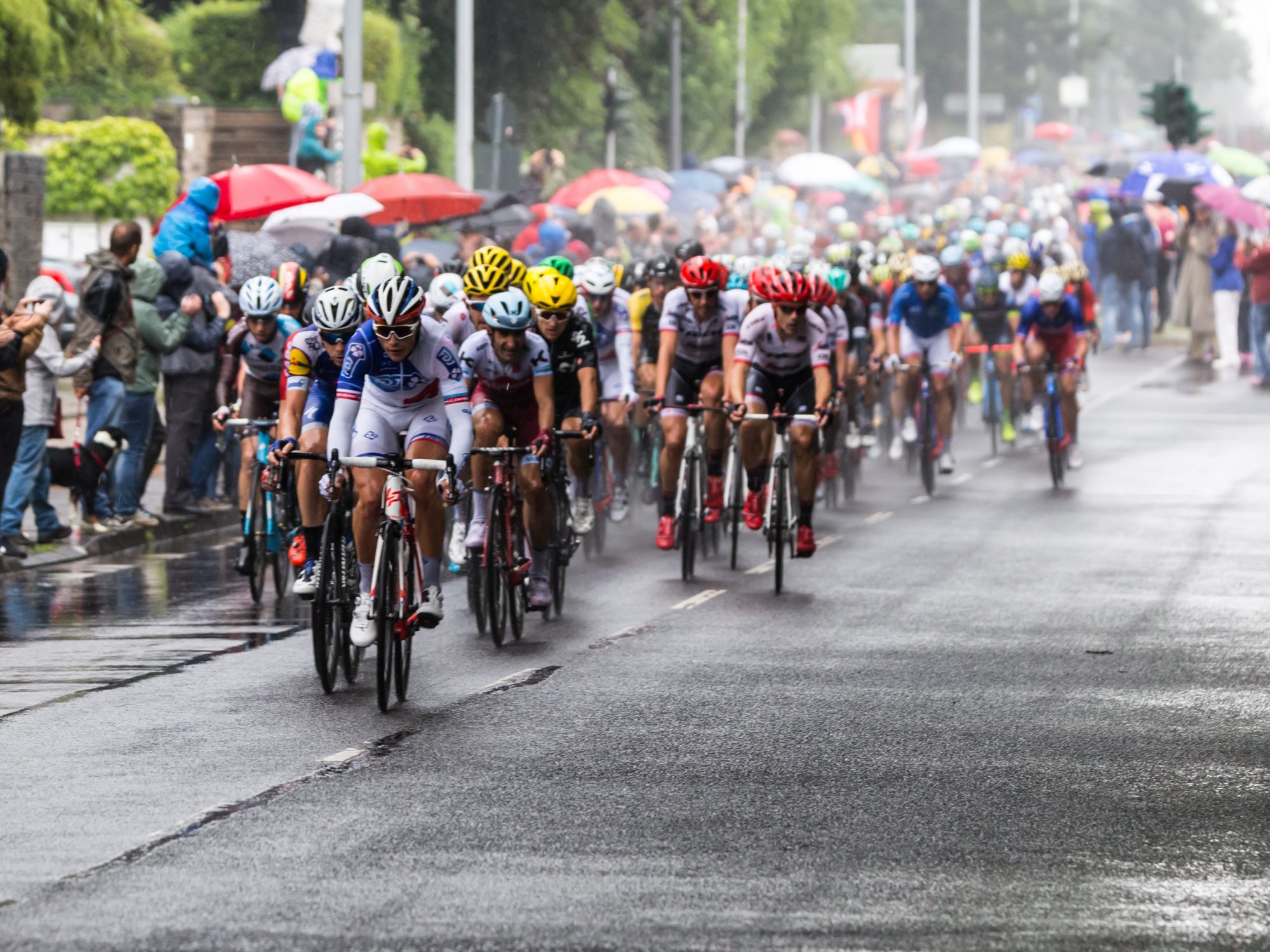 I have stage 3 of the Tour de France on as some background noise while I work, and I just don’t get it. It’s not that I think it’s bad or isn’t worth doing or watching or anything. I’m not here to mock it or its fans (at least, not too seriously). But sitting here confused at why we’re enraptured with a wall of guys on bikes just took me back to 2005.

A friend of mine that lives in Buffalo used to play, and love, ice hockey. It was a bit funny, he was an incredibly slender, small guy that would bulk up to seemingly 3 times his size once he got his gear on. But he loved it. I’d never watched before with any real seriousness: sure, I’d tune in while flipping channels from time to time, but I had no idea what I was watching for. The puck was too small to see on my smallish low-def TV of the time, and without that key indicator of what was going on, it looked like skating and flailing, and a whistle now and then. My friend heard this and understood, and in his attempts to drag me into it as well, we agreed to get copies of NHL2k4 and play together.

The sudden instructional impact that the game had was massive and transformative. Less his tutelage than just the feedback of trying this and that (and only a much higher resolution screen), but the net effect was that by trial and error I pieced it all together. I became a low-key Atlanta Thrashers fan, just before the Dany Heatley/Dan Snyder incident. We played, and enjoyed, and I was all keyed up to enjoy the start of the 2004–05 season!

Aaand the NHL fans out there know what happened next. That season there was a labor lockout, wealthy owners shutting down the whole season over a temper tantrum at the collective bargaining agreement. There was no hockey to watch on TV, nothing being played downtown for me to go watch with a few local friends. My friend’s efforts ended up wasted, and I lost most of my interest. When the Thrashers moved away a year or so later what little knowledge I had of the sport went with them. I haven’t watched since.

In 2009 I told this story to a British friend. I don’t remember exactly how it came up, but he keyed into it immediately. I’d never been a soccer fan, and some of this might sound familiar, but it was largely because I wasn’t sure what was actually going on. I had previously watched the NFL but had reached a point where it had just become tedious: all pomp and circumstance and ads, and ridiculous TV broadcasts to go with. So I was sort of in a sports-vacuum at this point in my life.

British friend let it simmer for a few weeks, and then had a suggestion: had I ever tried this game Football Manager? It was interesting, he said, because you don’t actually play matches, you just sign players and come up with tactics, and…. He’d picked up on the trick that hockey friend had used and was now trying to get me hooked over here.

The asshole was successful and now I’ve spent a couple thousand hours on FM over the years. But he was also very adept with his timing: the 2004–05 lockout had quashed my interest, but he knew that wouldn’t happen this time. He got me hooked on FM2009 just a few months before the 2010 World Cup. I could dive right in to the real deal on the biggest possible stage, and this time I’d not only have some idea of the rules, I’d have familiarity with developing tactics for teams. I had learned to watch the sport with new eyes, and fell madly, deeply in love with it.

So, now, on my screen, there is a huge wad of guys on bikes. Obviously this is a race and therefore there are familiar concepts at play. But I’m trying to watch and have no background on the strategy of it all. Sure they’re all together in the peloton, but why are there single file lines of guys clearly on the same team? With teams side by side in rows like that? I don’t get it. Yesterday they made a big deal because one rider squeezed past and rushed out in front. One of the announcers got very animated about it, called it a ‘cheeky move’ to… want to be in front in a race? It was a while before they’d get to the end and so clearly endurance will play a factor, but he did so to score some kind of point at a mid-stage checkpoint and I have no idea what all of that means.

In short, I have the problem I had for ice hockey and, later, football: I have no idea how to spectate. I don’t know whats interesting and meaningful, or flashy to watch but meaningless. Ah, a crash towards the back just happened, that part makes sense. But most of the footage focuses on this huge writing mass of bikes and there’s not a lot to back me up here regarding what it is that I should be looking for. I suspect the constant start/stop nature of NFL broadcasts, where you have 30 seconds every play to be talked through every last shred of detail about what just happened, has spoiled Americans in general compared to more constantly active sports. I also don’t know what all the screen information seem to be showing but at this point, so what. The crashed rider is back up and rushing back towards the pack. His shorts are torn and his ass is hanging out and bleeding. This is the most understandable part of it all, frankly.

It’s not that I don’t have the ability to learn these things on my own, but it strikes me as interesting how dense I find these things without someone or something to push me into it. I’m reminded of trying to figure out Cricket, once, a while ago. I can read up on it all day long but unless I’m going to put time into watching it, why bother. So, am I going to bother watching this? Should I learn? But this will only go on for a couple of weeks, and most of it will be on while I’m working. I can’t imagine I’d take the time to go looking to watch other races, so why bother. Also if this is a team thing, how do they work that? Presumably just one guy can win it, are there the equivalent of manufacturer championships from F1?