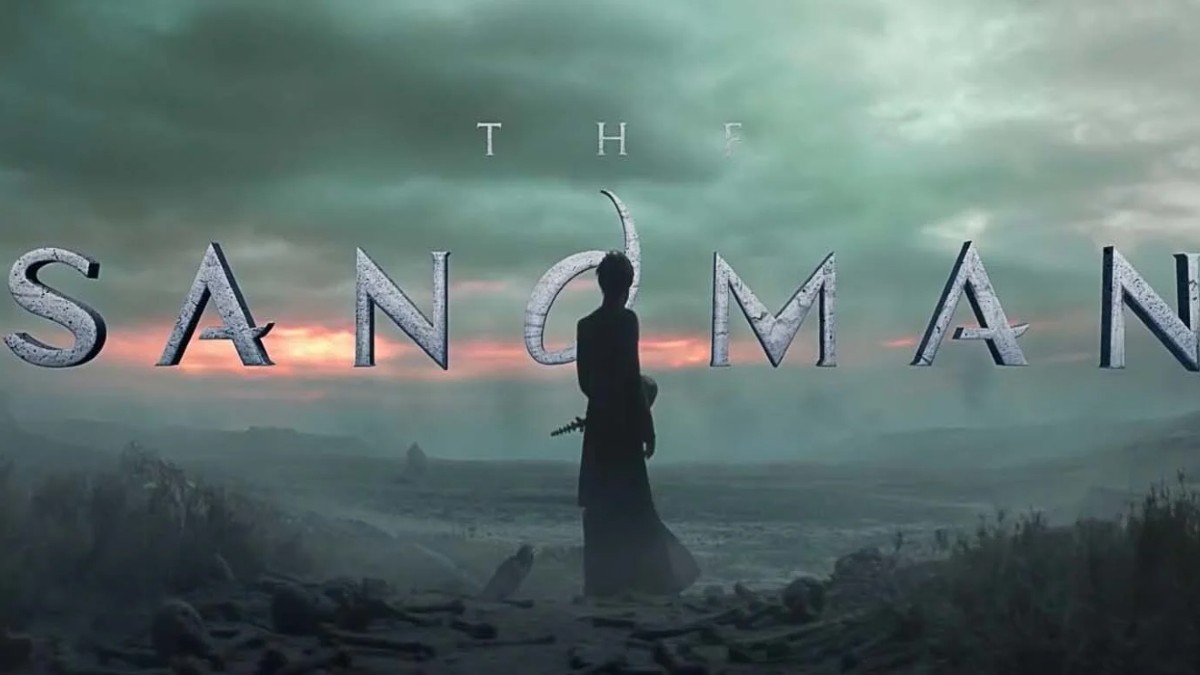 I’ve read and appreciated Neil Gaiman’s works for a long time now. I’m not completely sure which of his works came first for me, but his name stuck in my mind after having read American Gods. It’s hard to describe what appealed about it in particular, but as a novel it was amazing. The TV adaption started well and went south quickly, unfortunately.

But one of the earliest works for which Gaiman is best known is the comic book series The Sandman. In it, the titular Sandman is one of a group of beings known as the Endless, stylized as his siblings, who are both defined by and defining of human experiences. His is the realm of dreams, and nightmares, and sometimes those things go wrong, get loose, need correcting, and so on.

I’ve said it a few times before but generally speaking I don’t care for comic books. My dislike is predominantly around the story format it enables: you have a successful comic, you do a series, it’s popular enough there’s more money to get out of it, so you keep the story going forever. Batman is, what, 80, 90? How many times do the same stories need to be retold? But this dislike has certainly prevented me from reading some series that I might otherwise have enjoyed. So now that Netflix has released an adaptation of The Sandman, at least two of the major storylines thereof, I get to watch it with fresh eyes and without having read the comics beforehand.

There’s been a lot of outpouring on the internet of fans who had read the comics being upset at the show’s tone for a number of reasons, unfortunately including some amount of uproar that several characters were cast in a different gender or race than as they had been portrayed originally. Honestly, I didn’t notice: the fact that the Sandman is a white guy and his sister Death is black hardly matters. The gender or race of any of the characters only rarely matters at all in their respective roles. What does matter is that her episode, an introspective one almost devoid of some of the big set pieces that happen elsewhere in the show, is absolutely fantastic and introspective storytelling. She’s got a major role in one episode only, and is almost the best character in the whole series.

I say almost because the preceding story arc includes David Thewlis in a frankly amazing semi-villain and he is absolutely not phoning it in like he did in Wonder Woman.

It’s hardly a perfect show, but it’s definitely interesting and enjoyable. It’s also notable that because it uses the smaller story arc format there’s a comparatively small number of recurring characters, and that allows the producers to roll much greater acting talent in and out of the series as need dictates. And boy howdy is there talent. In addition to Thewlis’s arc you get Gwendoline Christie, Stephen Fry, Ian McNeice who is one of my favorites, and Charles Dance which is practically cheating. But there’s also other, lesser known but widely respected actors too that get their time: Sarah Niles gets most of an episode with Thewlis which is genuinely harrowing. Kerry Shale, Joely Richardson, and Vivienne Acheampong also all stand out. And let’s not forget Boyd Holbrook excellently playing a recurring nightmare, one of the main overall villains. I must note that I keep seeing articles pointing out that series lead Tom Sturridge is very wooden by design, the character’s lack of emotion is meant to stand out among the colorful characters around him. If that’s the case, err, good job?

Thinking back about the Thewlis/Niles scenes now: it’s perhaps worth mentioning that there’s a lot of usage and reflection of some very dark themes in the show. Kidnapping, child abuse, serial killers, suicides, a certain amount of gore, there’s a lot of ugly material going on. And it’s not subtle, either: it wasn’t meant to be. These were written to highlight the darker sides of human nature, not to shy away from it and hide them away, but also to contextualize them against people’s dreams and nightmares. The escapism from horrific abuse as a child into a world of dreams; the serial killer’s dream of oneself as some kind of artist or however you care to put that. And the crashing down of those dreams, the sudden removal of that ability for a person to imagine something better to which to escape, if only during sleep.

Gaiman is an amazing writer and the adaptation to screen really reflects his abilities. The five part series that kicks the show off is absolutely amazing, compelling, and an excellent intro to this particular world. It’s followed by Death’s episode which is so good I might recommend people watch it as a standalone. The second arc isn’t bad, but it wouldn’t be able to stand on its own without the first.

I don’t know when season 2 will be along, and not having read the comics I don’t know what they might contain. But I find I’m looking forward to it. There’s a lot to explore here. I just hope they know to wrap it up when the time comes.