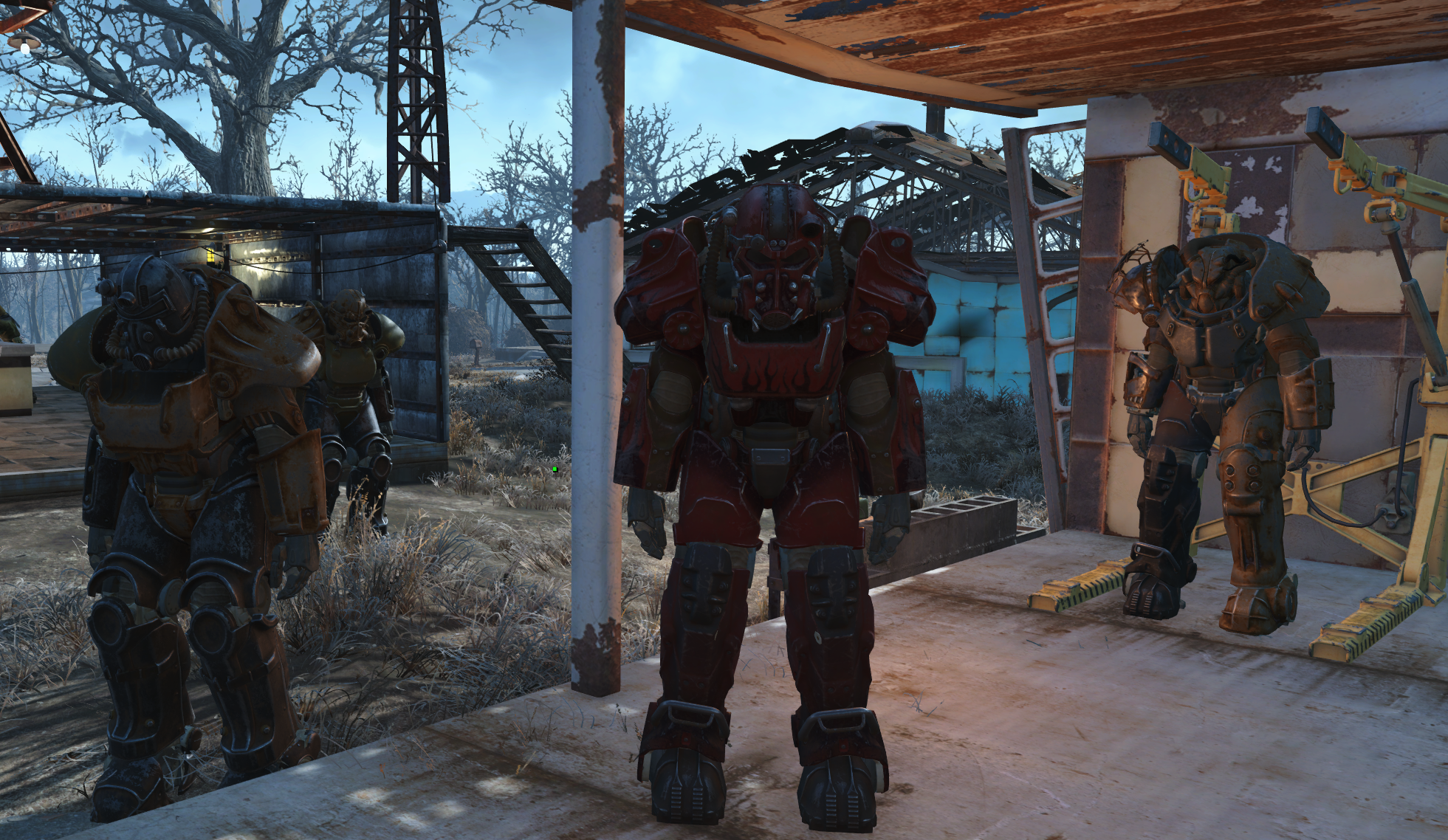 A little over 3 years back I played, and posted a brief review of, Fallout 4. My overall take at the time was that it was disappointing in the wake of some of the other FO games, notably the fantastic New Vegas, and that the writing mostly seemed rather sloppy.

There’s be a lot of focus on Fallout again with the recent release of Fallout 76, a multiplayer sort of thing that’s been getting some amazingly bad reviews in light of a massive number of technical glitches, strange launch problems, and weird game design decisions across the board. As a result, FO4 has been getting a lot of reconsideration for having been… well, less of a mess. And After seeing a few of my more trusted reviewers commenting on it I decided to give it another go, and focus on basically everything but the story.

Because the story is bad. The story is nonsensical and full of strange plot holes and weird, bad character motivations. The overall arch of the main storyline, if you break it down beat for beat and can look at it all written out in one visual so that you can compare the end to the beginning, the beginning breaks down on basically the third story beat. I won’t elaborate here because I did start to type it out and my brain found like three extra reasons it didn’t make sense and I don’t want to go down that road.

But how’s the rest of it? How is it when you get away from an amateur hour script to a B movie that got wedged into a triple-A game? Plenty of people were happy to go back and defend the other gameplay. One reviewer said he really appreciated the combat. Another said the rest of the play area is rife with excellent little stories, it’s just the big one that falls flat. Ok. So let’s look at it again.

And from there it was… it was just ok? I suppose I agree that the combat can be engaging and interesting, but it’s also sort of a regular burden. The game design went out of its way to create several sorts of creatures that will always pop up surprisingly and unwantedly (literally pop up by the way, out of the earth), which isn’t a surprise or a tense moment of danger in most cases. It’s just an annoyance. I’m trying to explore here and there’s been four huge radscorpions in the past five minutes including combat time. It’s way too much in those circumstances, and as a result you’re not feeling like you can really explore a damn thing. You’re just meandering towards the next unknown random encounter. When you get into the city’s ruins its a little less random and a lot more dungeon full of bad guy archetype. You have a building full of raiders, a building full of super mutants, a building full of ghouls, or a building full of mercenary gunners. Sometimes it surprises you with building full of robots, or building full of the newly-invented-for-this-game bad guys. Often these are immediately adjacent to one another and of course sometimes the ones posted outside the building get into a fight. How they didn’t wipe themselves out before now is unclear: obviously the AI didn’t kick in until the player was in the vicinity so they didn’t begin actually fighting until you were present, but it doesn’t explain narratively why the two groups have been in close proximity to one another long enough to have completely decked out their chosen building in the common art assets that show you which group’s turf you’re on.

I do have to note that it’s difficult to entirely separate that big story. It does permeate everything. You’re definitely going to run into Concord and its little built-in story early on, and later on I quite accidentally rescued a later-game character because I’d forgotten he was captured somewhere. And one or two are necessary to get into certain major locations, even if you generally ignore them completely.

But at the end of the day and working under these parameters you end up in these little one-pager vignettes that are a building with a story, sometimes. You overheard someone discussing a potential mission and now its on your minimap so why not head over there. Sometimes there will be storyline to go with in the form of text on computer terminals or even an NPC to tell you all about it. Other times there’s not at all. You just wander in, do your killing, gather loot, and walk away.

Gather loot and walk away may as well be the tag line. Outside of a terrible main story, that’s your plan of action. You have a huge, strange sandbox to play in but not a lot of reason to keep coming back to it aside from the feeling of “eh, let’s screw around with this a bit more.” I was in the game no more than an hour ago looking for something beyond looting, trying to find a story thread to pull. Some are there, for sure, but they’re all so very brief. And for good or ill, you generally just stumble across them rather than having most of them revealed by some other means. You pick up a random radio broadcast as you get near an event, or you overhear some conversation that suddenly lights up a mission item in your list whether you wanted it to or not. 95% of the time these also boil down to go place, kill, get loot, and sometimes also do small one-extra-button-press task (I swear there’s like 4 or 5 missions to ‘restart the pumps’ for assorted water plants).

Once you have this loot you usually head back to one of the settlements you created to stow it, unneeded, or to sell it to one of your own vendors. Creating these settlements was something I touched on in the old review. I put in a great deal more time on it now to try to find the purpose, but it still just feels like pointless busywork. It’s good to have a base of operations, yes, but the need to ‘free’ the settlements all over the map is a headache. Worse, after having founded them it asks you to rush back to them frequently to help defend them, even if you provided some of its own defenses. More busywork. Of course, you don’t need to do any of these, though you’ll want to do at least the first one to have someplace to store your crap.

Your crap like the dozens of half-completed power armor sets they leave all over the map for you, pictured above. They tie into the weapon upgrades system which is sort of mandatory.

At the end of the day, with or without the main story, I feel no connection to this world. That main story does kind of encourage that, having been frozen out of time for a while. And it… it does feel very strange that it doesn’t engage. Fallout 3 had you leaving the safety of the huge nuclear-proof vault to look for your father. Fallout 4 has you looking for your child. Both have the same problem in that it doesn’t draw you in, though. Both also have an intro that just ends with you being dumped out into the wastelands with nothing, and very little clue as to what you’re doing. Literally none, for FO3. Granted, the original Fallout did similarly: all you got was a spot on your map to maybe try there? But the game started there. FO3 and 4 spent time (so much time) trying to world-build ahead of then. The change of scene was obviously coming, and then there was so little afterwards.

Compare this to New Vegas. You were never in a vault, but you begin the game having been shot in the head and left for dead, but surviving. The local doctor takes you in, the whole town helps you get back on your feet and find your bearings. It was a much more active attempt at engaging with the player and building some stakes to the world. And here I’ve gone back to talking about the main storylines again. Dammit.

In the end, that’s what it always comes down to. It’s a role playing game. The story drives the role you play, and without it, you’re just in a sandbox. It might be an amusing sandbox, but if that’s all you want then… actually that’s basically Fallout 76, I hear. Ok.

Fallout 4. Still a disappointment. Boy, that was a valuable use of my time.