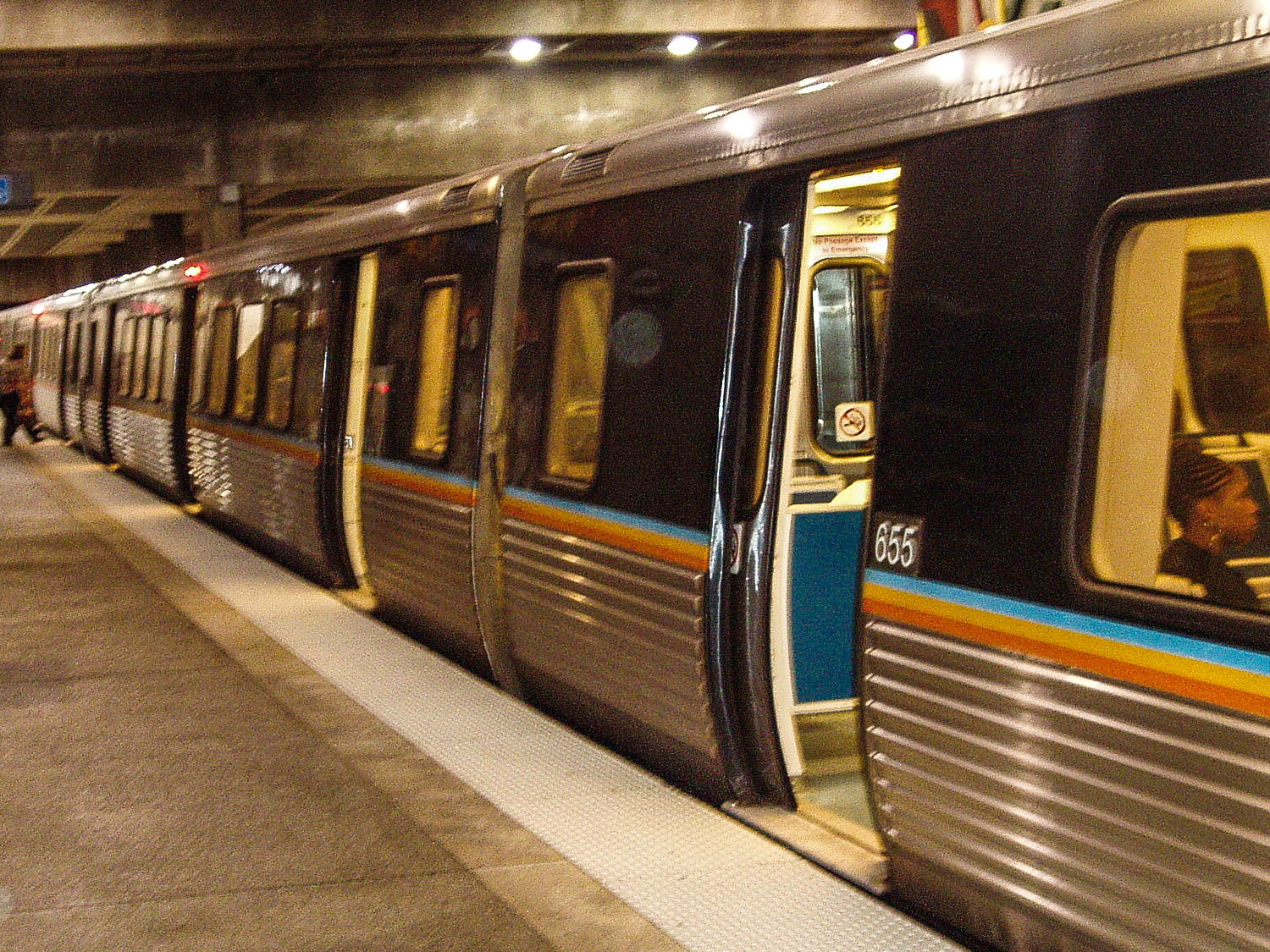 The first real difficulty I had with riding MARTA is that they don’t offer an opportunity to lean out the window and give the finger to the poor losers stuck in traffic as you skate by. Of course, a month or two ago I was that poor loser, so it’s not like I’ve shed my deserving of said finger.

For quite some time I’ve avoided making a switch over to MARTA. I never had an issue with it, it was always just considerably faster to drive to work. And even to get to my nearest station I’d still have to drive for half an hour anyway: I did today. Eventually, traffic got so bad (with me contributing) that this was no longer the case. Sure, on a dark, traffic-less morning I can drive faster, but it’s close to impossible now to leave work at a reasonable time to make that trip.

So now, for the bulk of the worst of the traffic, I let the train do the driving. It’s a half hour to get to the station in the car, and then at the other end I can either take my company’s shuttle to the station, or walk: it’s only half a mile. In the nice cool mornings so far I’ve walked, but the mid-90s afternoons have seen me shuttling.

It’s been unexpectedly lovely, though. Driving puts you so sufficiently in the mindset of commuting. I have to go. I have to get there early. But after a week or so that’s evaporated. I can do other things. The second or third day I did this I made a mental note in the car that I needed to look something up when I got to the office. But then I got on the train and it hit me, oh, I can do it now. And I did, and placed an order for a replacement part, and had it all over and done with before two stations had gone by. Many afternoons now have been spent watching soccer matches on my phone (excluding the central part of the trip which is all underground, I switch to podcasts then).

And the “I have to leave early” mindset is fading, too. In the morning I don’t have to be at the station until the lot fills up, which tends to be around 10am. I’m still there very early: old habits die hard. But on the way home I don’t need to feel the aggravation at a coworker that caught me on the way out to chat for a bit. It’s ok: there will be another shuttle in a little bit. Or I can worry less about going out for a beer after work, because I don’t have to drive right away.

Of course there are downsides, such as that the seats are hard plastic. Much less comfortable than my nice fancy car. And of course I have to wash my hands once I get to work. I even got a flu shot, which was horrible, but obviously necessary. That’s about it.

For the most part the people on the train are fine. The only real ‘issue’ I’ve seen is the flat earth guy. Apparently its His Thing to stand at the front of carriages holding up a laptop showing slides from some sort of flat earth presentation. He generally doesn’t seem that interested, he’s just holding it up while he has earbuds in. One time, a younger professional guy tried to engage him. Nobody really got anywhere with that.

Well, that’s it aside from a minor incident today. At the Medical Center stop, an old black dude rolled on with one of those walkers with a seat. He rolled over to the spot where wheelchairs go and sat down and was fine. Quite a while later we’d stopped and I guess he didn’t notice right away, but he started trying to move and weakly shouting for someone to hold the door so he could get out. Nobody did. I noticed and waved at a couple other people coming on the train trying to get their attention on his behalf. They didn’t seen to notice or understand or care. So I got up and held it for him as the chime binged to say get the hell away from the door. He very slowly scooted out, and nobody else gave a shit. But he said thanks and I didn’t lose my seat so all is well.

But it’s been good. Saves money, too. And of course the environment, which is what got me reconsidering my plan in the first place. Now if only they could do a proper extension down in my direction. A rail stop in Fairburn would be perfect folks, get to it.