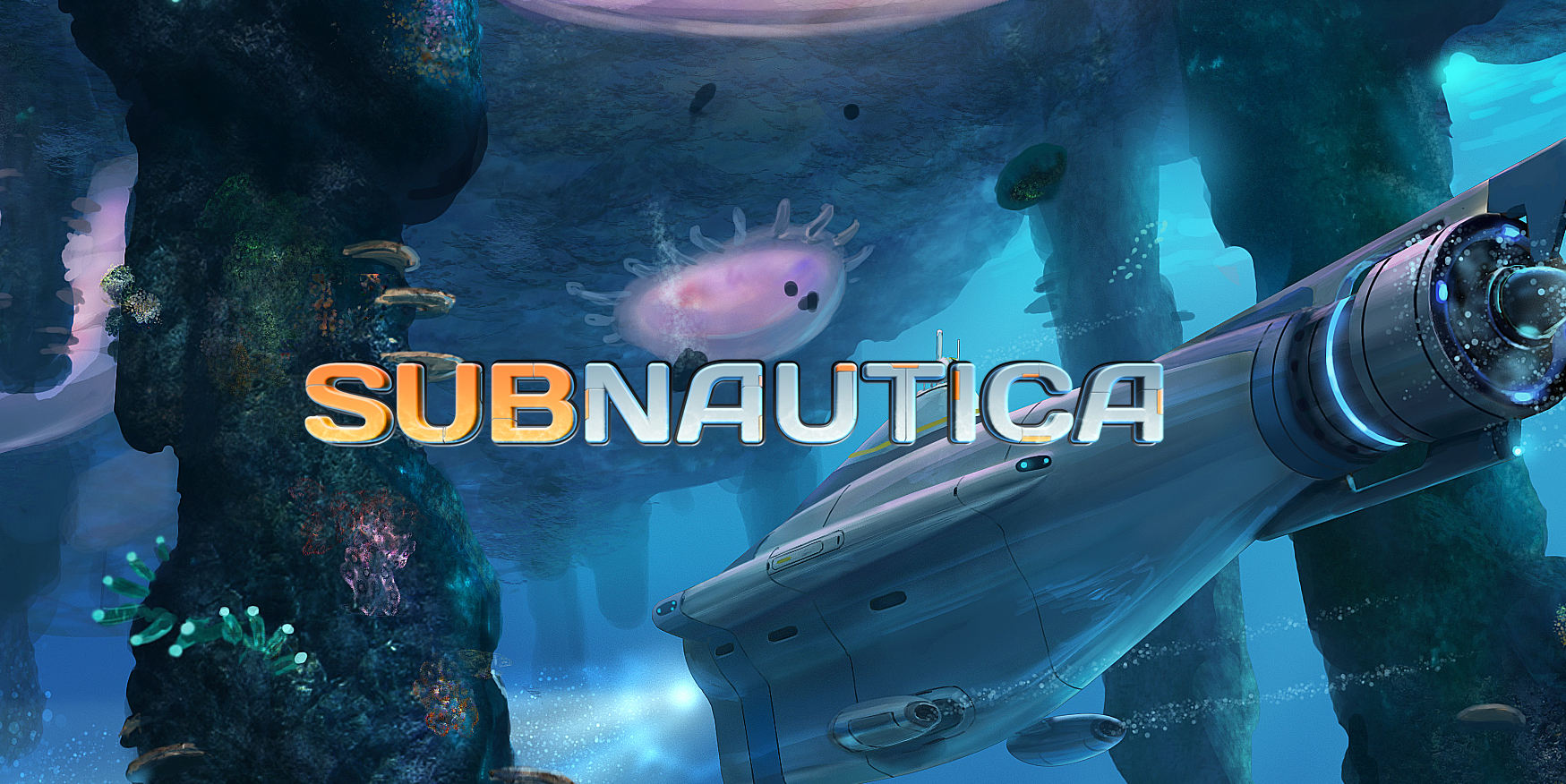 Crash land on an alien, almost-exclusively-underwater planet. Survive by harvesting fish, assorted resources, and scavenging the wreckage of your ship. Explore a truly beautiful, and often quite scary, environment.

Then start experiencing the storyline that gets extremely fucking aggravating the further into it you get.

I bought this game, wow, probably 2 years ago while it was in Early Access on Steam. Presently it says I have 45 hours in it, which is pretty good given its indie development status. At the moment it’s all the rage, too. It’s a standout from the rest of the vast plethora of survival games that are being churned out right now, for which quality is often pretty iffy.

There are a few things that have it standing out, but the first by a very, very long margin is that it’s just beautiful. You’re kicked off into an alien undersea paradise, a riot of colors and curious, adorable fish that you grab and eat to survive. There’s a little danger here, but the biggest is running out of air and you’re always close enough to the surface to get by. They call this starter area the “safe shallows” Initially you’re stuck with your little life pod and, well, nothing else. Before long you can build a knife, making it vaguely safer to venture over to the kelp forest nearby where the (initially) scary barracuda-looking fish hang out. And then over to the grassy plateaus where strange, alien sharks and piranhas hang out. You build more equipment: deeper dives become possible, or your small submarine, or even eventually your large submarine. Hell, you can even build a static undersea habitat to help your survival, or even just to have a safe viewing area to look at all that dangerous life outside.

You reach a point where you remember how you worried when you had to go to that kelp forest like a distant memory from an hour ago, as you now drift among more and more dangerous deep-sea dwellers like it’s nothing.

Now, all of this is cool and good and fun, but people that have played a few such survival sims know you reach a point where you’re as set up as you care to be. You have all the gear you’ll really ever need, plenty of supplies, maybe a base of some sort if that’s in the game. That’s not a bad point to hit, but for me, when I’m there and there’s not really a threat to affect me anymore, I lose interest. To counter that, Subnautica has a storyline that eventually picks up via radio messages. Another lifepod broadcasting an emergency message, at first, and then another, and then like five more until you’re sick of it. But eventually there’s a rescue ship stopping by, and trying to get there leads to… something else. I won’t spoil that.

But when that story begins, it purposefully takes you further and further into the game world. Deep undersea caverns that you had no idea existed open up before you, both beautiful and terrible at the same time. Also, supremely annoying, because they’re a long fucking distance to travel and if you find you’re missing a particular component to build something, it takes for damn EVER to go back and forth, and….

Here’s an example. The larger submarine you build, the Cyclops, generally becomes your mobile base the minute you have it. It has a depth limit of 500m before it starts being crushed. So, there are upgrades you can create to beef it up and move on to the next area, where you’ll find the resource to upgrade it again to go to the next etc. There are multiple problems here, though. One is you’re not likely to have all that you need on hand all the time, so you have to go back to a specific biome, or area, where a resource grows. That means if you forgot something, you have a long damn trek back to the correct area. Sometimes you also need a particular crafting station to build those upgrades, and they require a base… so you have to be prepared to build at least a minimal one, somewhere convenient. But that takes plenty of resources too, and you might not know you need to build it, or even where best to build it, until you’re quite far along through the damn underground tunnels. And even a small base isn’t really small: you’d need, at least, foundation, one multipurpose room, some sort of power for that (thermal is good, towards the end), a moonpool, and the moonpool’s vehicle modification station. Aaaand you’ll need to have scavenged the schematics for all of the stuff you’re building and for the modifications you need. Plus all the stuff to build the mods that you need to OH WHATEVER.

It gets to an extremely frustrating point, even if you plan ahead so that you just need to make that trip twice. But you didn’t plan, did you. You didn’t know you needed to do so. It’s not like it’s difficult anymore, it’s just time consuming, and boring, and you start to miss the magic of that first time in the safe shallows no matter how pretty the grand tree thingy in the Lost River is.

And so I’ve sort of reached that survival point anyway. I do have all I really need. The only thing nudging me along right now is the story, but the frustration point has completely soured it, in spite of the fact that I’m supposed to be right near the end of it. Ugh.

The thing is, for all the frustration I’ve just laid out, I think Subnautica is really good. It’s a lot of fun, especially for people who are after a more casual experience instead of some of the more ridiculously complex survival games (like Stationeers, though I love that for completely different reasons). It’s accessible, and gorgeous, and well-made.

I’d call it a good way to get your feet wet.