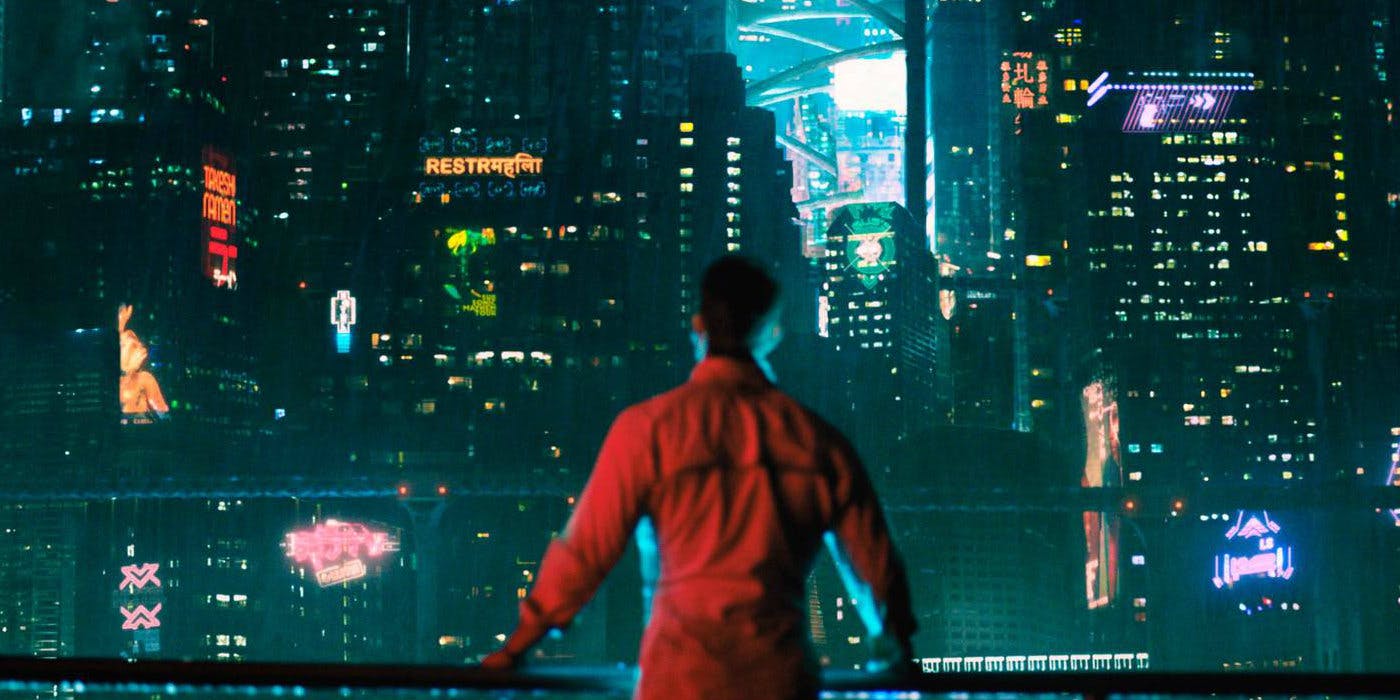 I’ve been a fan of cyberpunk in general for… I’m not even sure how long. It goes back at least as far as playing The Syndicate in the early 90s. I’ve always found it to be a curious genre, a bleak and probably-accurately grim view of humanity’s inevitable future(s). When Altered Carbon began its hype cycle as a Netflix series several months ago, I wasn’t supremely interested at first. I’d never read the originals and didn’t have much idea of the backstory. But them the overall premise came up… that humans could be moved from body to body upon death (or at will), and that naturally the wealthy prospered in this world while the poor struggled etc., and I started taking an interest.

It’s a premise that touches on a lot of the very obvious social questions like the wealth gap, but also on a lot of subtler ones. What does identity mean when you could change who you are, potentially, several times in a month? In the show, this leads to a predictable and yet hilarious scene where one character’s Latino grandmother is brought back from death in time for a family party, but put into the hulking, tattooed body of a street thug. There’s a scene very early on where a 7 year old girl, a murder victim, is dumped into a spare body of a middle-aged woman because her family couldn’t afford a more appropriate body for her. And, of course, the main character is Asian originally, but is reborn into the body of a white guy.

And so the overall backbone of the plot is that said main character is brought back from being dead for 250 years to solve the murder of the world’s richest man, who of course got dropped back into his own personal clone body like it was no big deal. This part of the story is intriguing and I enjoyed it.

The problem is that all of the sideplots are weird, disjointed, and completely unnecessary. One of my friends commented that the show could have had four fewer episodes (out of 10), but having finished it I have to say I could probably edit it down to movie length without really missing anything. There’s an inevitable love affair for the male and female leads, this time based on the premise that the main dude was dropped into the body of her former partner who was framed for blah blah blah, none of which is compelling and carried some pretty weak forced chemistry. There’s the main dude’s background as an insurgent/terrorist that gets brought up pretty much every episode, but serves nearly nothing in the main plot aside from explaining where some of his skills came from (yet probably 2 whole episodes worth of time are devoted to it). And then the main villain, if you don’t count the super rich dude, who is introduced at the end of episode 6. Out of 10!

There’s the additional distraction of the Catholic thing. Apparently in the novel there’s a big religious objection to being moved to a new body. That comes up in the show, but only very briefly and disjointedly. So, that aforementioned Latino grandma thing was centered around a lot of angry family discussion about it. This also vaguely connected to the main plot, but I don’t think it’s ever explained why other than connecting the rich dude’s murder to the villain, sort of.

It’s all very strange. I would say it was an attempt to add some characterization but if it was, the writers need to go and sit and think about what they’ve done. Almost everyone comes across as wooden… I’d make a puppet joke but that seems too on the nose given the body changing stuff. The most likeable characters, in my mind, were either the inexplicably-themed AI meant to represent Edgar Allen Poe (ok, sidebar, so Poe’s purpose is to run a hotel called The Raven, hahaha very funny, but from the first introduction the hotel seems to serve only the main character, leaving very very open the question of who the hell owns it, why it was even built, how it manages to cater to a single individual… all of this is very weird), and a sort of backed-up memory of one of the other character’s daughter who’s whole purpose is to be ejected into the real world in the last episode to murder shit (she was cool tho, just basically two dimensional… oh, and her big personal reveal was in the epilogue, exactly where something like that shouldn’t be. ).

The friend who suggested that 4 episodes could have been cut said that the slog was worth it to get to the cool fight scenes at the end, but that appears to have been a lie and has now damaged my trust in him. None of the fights were bad, but they were largely entirely pedestrian. But I’ll tell you here and now that it’s not worth the watch.

Whether the book was like this or not, I can’t say. The show seems to have been a vehicle for a lot of gore, and obnoxiously gratuitous sex scenes, and rather alarmingly often both at once. There’s a lot of more interesting stuff that could have been explored that was just completely left untouched.

Oh and the villain’s whole raison d’etre was fucking. dumb. I literally cannot even. Of all the disjointed nonsensical shit this show throws at you, that is the A+ number 1 joltingly-silly thing they could possibly have chosen.

You know, I was 3 episodes in when I started struggling to want to keep going. I’m not sure why I did, but I deeply regret the investment of time. I hope a second season doesn’t get made, but I would absolutely not touch it regardless. And as a fan of cyberpunk in general, I’m not going to say this wrecks the whole genre or anything silly like that, but for all the fans that were hoping for something spectacular here, well, I have to imagine they’re pretty let down right now.