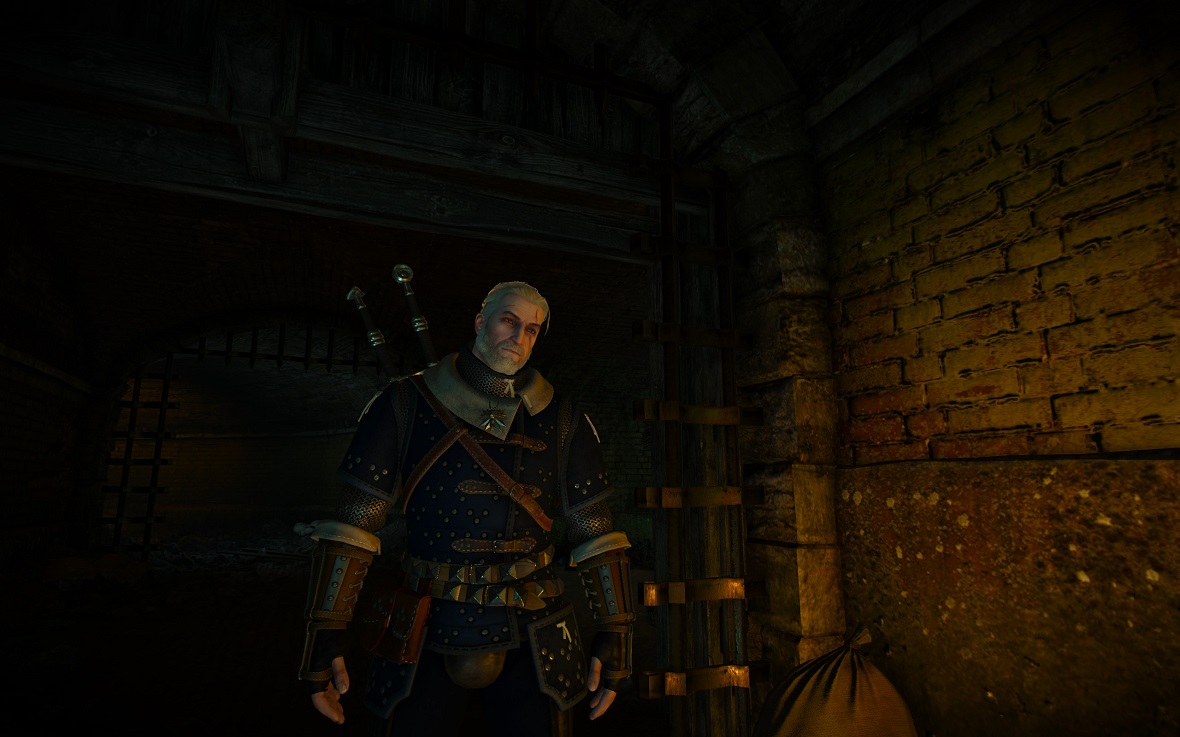 So, yeah, I’m a tad behind on this one, but it’s worth discussing anyway.

A few notes to start. The Witcher games are based on a series of Polish novels… they don’t follow the novels exactly but are unique stories for the characters. I’ve played the first two games and enjoyed, but didn’t love, them. They’re massive, sprawling RPGs wherein you take control of the main character, Geralt, who is one of a few remaining Witchers: genetically altered, custom-made monster hunters.

Right, that covers the basics. But the third one? I love this one. As a game there’s very little I could find to fault it, and could spend hours digging into the details of what makes it fantastic. In fact there’s so much to praise I’m having a bit of difficulty getting started.

Visuals are amazing, audio is fantastic. Voiceover quality varies a bit but it’s rarely so bad that it’s distracting. The actual gameplay, running around and swording-up monsters, is pretty solid although it takes some getting used to. I have a couple of UI gripes… the tab / magic selection wheel seems to have a habit of picking something I didn’t want on my behalf… but that’s minor and has probably been the most consistent annoyance of the game. On all technical fronts it’s been great.

And so we get to what really sets this game at the peak, the design elements. So much effort has gone into creating this world that it’s easy to get lost in how amazing it is. It’s rare to find a game this huge and yet this detailed… Skyrim is probably its closest recent equivalent, or maybe Grand Theft Auto 5. Every inch of this world is packed with something, and yet it doesn’t feel claustrophobic or overdone.

This is especially true with the game’s many, many characters. Many. It doesn’t fall into Skyrim’s issue of having the same handful of recognizable voice actors everywhere, and even more importantly, the wide variety of people in the game gets staggering when you think about it. Even bit-part characters are surrounded with details and motivations and backstory into which to dig. This is refreshing: very often in games like this you’d have a few with larger roles and expanded backstory, and the rest would be cookie cutter stuff. Not at all true here. It’s especially noticeable for the women in the game. Plenty of games have had trouble working up a significant number of different character attributes for women to portray, but here they’re all quite well defined with a wide-ranging array of motivations. Power, unresolved romances, patriotism, greed, recognition for her skills, motherhood… that covers about 5% of the female characters I could name. I look forward to letting my kid play this when she’s old enough to understand the more adult themes at play.

Ah, and that’s another topic to cover. The game doesn’t tiptoe around sex the way many games would. Someone once compared the romantic/lustful moments in this game to one of the “scandalous” games from a few years ago like Mass Effect. ME let you tick a few boxes with a character and then bam, a PG-13 rated scene. Instead, here there are actual relationships at play, and not always pleasant. Keira is using you, Triss has long-standing heartbreak from a past relationship, Yennefer… well that one’s not worth spoiling, but it’s drawn out, complex, rather heartwarming, and carries a far more honest feeling of romance than any other game I could name. The game treats sex and nudity not like it’s some ratings-bumping attempt at scoring headlines: they’re things that happen, no big deal. It doesn’t go zooming in on cleavage to make sure you got an eyeful of the goods… though a few of the costume design choices are quite on the silly side (looking at you, Ves. Staring, really). And I can’t think of another game that pulled it off. It actually feels, well, adult, rather than some childish attempt at seeming adult.

Story? There’s so damn much story that I once again don’t know where to begin. Geralt is tracking down Ciri, who he and Yennefer have treated as a sort of adopted daughter for years. She’s fleeing the titular Wild Hunt, etc. Along the way you’ve got so many storylines and side missions, all of which have incredible thematic and emotional depth, that it’s difficult not to spend huge amounts of time on the game. I’ve finished the main storyline and am just started on some of the addon DLC they’ve released, and I’ve already got 90 hours in. That’s mighty damn impressive for a game these days. At times it does seem a bit dragged out: you reach a point where you’re frustrated at being so close to the goal, and just missing it… but you’re never sitting idle doing busy work. You’re involved in deep, complex plots, once again circling around those thoroughly fleshed out characters. And a lot of that plot will stick with you, whether for good or ill. Most people who have played will tell you about the Bloody Baron storyline, which… is a bit harsh, but it’s nevertheless emblematic of the complexities of the whole game.

I love this game. I love the world it’s created. Erin has gone through it faster than I have… we actually each paid for our own copy its so damn good… and started reading the novels for it as well (and is sufficiently enamored of Yennefer that I got her a replica of her pendant for her birthday, which she now wears daily). And I point out again that I haven’t even finished the DLC yet: I’m told there’s a great deal more of this rich storytelling to explore, leading me to wonder why I’m still bothering to be writing here.

The game is amazing and should be a standard of storytelling and design for any other game that follows.