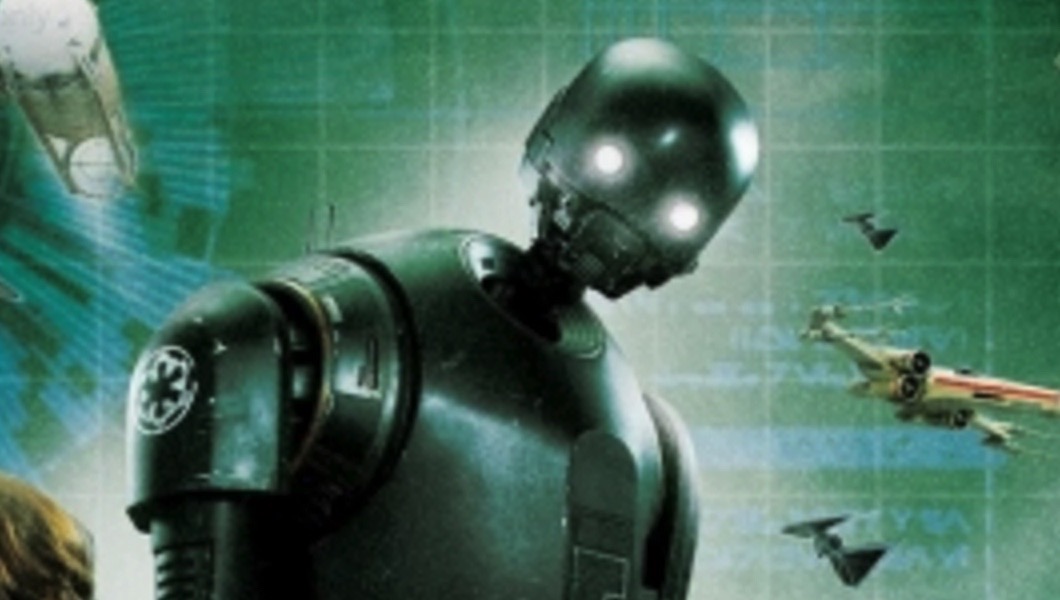 When Rogue One was first announced I was excited. I’ve said for years that one of the big opportunities being missed out on is having movies set in the Star Wars universe, but not connected to the main saga. I was further excited by the title: Rogue Squadron had been taken from the films and turned into a series of books about some of the side characters. I’d quite enjoyed those and hoped that even if this film didn’t use that material, it might at least go in a similar direction.

It didn’t. As plot details began to emerge, highlighting that it wasn’t about a squadron at all, my excitement faded. But now the film’s out, it’s earned a hell of a lot of money as every Star Wars film will do forever, now. And people are struggling with it.

On the one hand, yeah it broke the Star Wars mold in many good ways. On the other, it’s not exactly a great film. It was, at least, better than The Force Awakens.

I’m not sure where to begin. It’s certainly an adventurous, fun film. It’s got good action sequences that really draw you in. It gets down to some of the ugly side of the Wars in question, in a good way. When the fights are happening, it never feels boring.

As for the characters… there are a lot of problems here. The droid, K-2SO, is great. He is the perfect encapsulation of what the film needed for comic relief, in that it’s off to the side and chuckle-worthy, but not resorting to over the top slapstick like TFA went to. We also have several returning side characters, such as Mon Mothma and Bail Organa, who are well done but primarily because they were already established. Ah, and Tarkin returns, but more on that later.

But beyond that the new characters are mostly terrible. Bland. Uninteresting. The acting was ok but just like TFA there was nothing in the writing to work with. Cassian, who is sort of the equivalent of Han Solo here, is meant to be shown off to be a conflicted sometimes-antihero, but it comes across completely flat. Jyn, the herione, is completely bland in spite of a seemingly sympathetic backstory. It’s worth noting that the film did a large round of reshoots and part of this was allegedly redoing several of her sequences to make her “less abrasive”. Which is disappointing, because she must have been far more interesting before they did so. We do have a couple of interesting new characters in Chirrut and Baze, a blind sort of warrior monk and his heavily armed friend, but there’s very little time to explore their characters at all. A shame: there’s a lot of potential there.

I mentioned those reshoots, and there’s an interesting side effect there in that you can very readily determine which scenes were added after the fact to try to flesh it out. And you can tell because they’re pointless and just don’t fit. The whole sequence with Saw Gurerra, for instance: there was basically no need for it to be there, and the end result is that you take a decent actor, crowbar him into place, and wrap up his sequences basically in just one scene. The first meeting with Vader, too: why did it happen? His later scene in the movie was pitch perfect, but the first had no real purpose other than to show him off. Or Jyn being busted out of the prison transport: why? It couldn’t even have taken a full minute, could it? The director had suggested that part of the reason for the reshoots was because Disney saw an early rough cut and threw more money for effects at them, but I don’t think that’s where the money went.

And effects. For the most part these are good, because it’s really hard for ILM to screw up the effects on the movie series they were literally created to handle. But part of the duties here were to resurrect or young-ify some actors to put them back on screen and tie it in to the original Star Wars movie. I’m ok with doing so of course, but just like we saw with a young Jeff Bridges in Tron: Legacy, the tech is still not there. Digital Peter Cushing was acted well, and mad props for managing to mimic one of the greatest stage actors of the 20th century, but his CGI face still looked strange and plasticy. Same with the other notable actress that shows up at the end, though that one’s very brief and you don’t have so long to pick up on it.

But enough down sides. What else was good? Errrrr… the effects? No I said that one, uhhh…. No, look, it’s predominantly an action movie. Those sequences, the effects that built them, and their choreography really do save the film. The overall plot is pretty good but it could have withstood a bit more trimming of fat, or at least preventing the addition of fat via those reshoots.

So with all of that said, I’d give it a B-. It’s not terrible, it’s worth seeing, but probably not worthy of the billion dollar take it’s likely to get. Or the many billions of dollars it’ll make on the merchandising. I do hope copies of that original rough cut start going around sometime in the near-ish future, though, because I bet a “more abrasive” Jyn would have been a far more interesting character.

As an aside, there’s another possible upside to this in that this film was certainly allowed to take more risks than TFA was permitted to. If we’re very lucky, the next writers and directors will have the guts to push that envelope even further, and might eventually stumble across something amazing. They might find that blend of characterizations, story, action, and emotion that made Empire Strikes Back so fucking good.

Or they could finally give in, make movies from the KOTOR video games, and realize they’ve had such a story in an old pile of video games all along.

EDIT (12/20/16) – One of my favorite video game sites happened to have an tangential, brief review of it that I feel encapsulates my thoughts on the movie very succinctly.

I genuinely expected Rogue One to be a triumph (AT-ATs!), free as it was from the finger-waggling prophecy wibble of the mainline movies and able to focus on outright interstellar war, but sadly it’s been edited to within an inch of its life, so it feels less like a film and more a collection of scenes stitched together. It looked great, but it was impossible to feel anything for those empty characters, their dialogue reduced to single lines of exposition clipped awkwardly out of larger conversations.