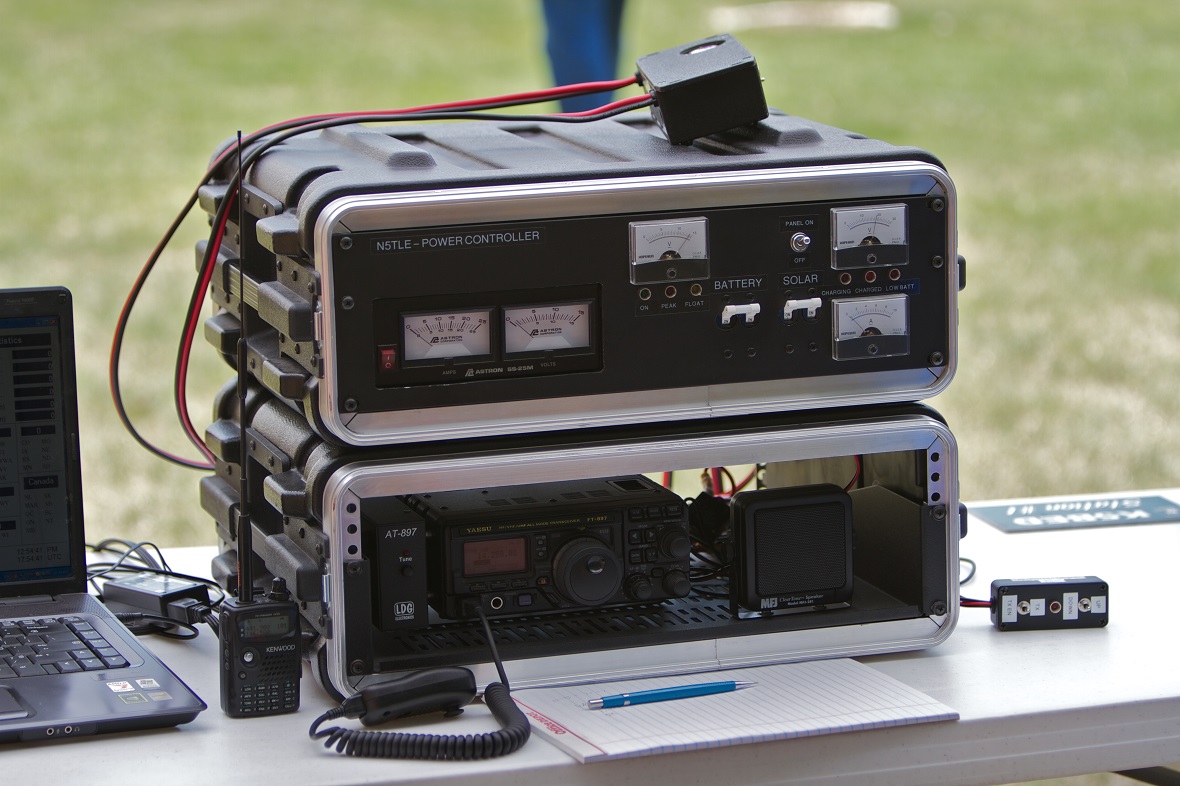 Well I’m one year in to this whole amateur radio thing, having earned my callsign from the FCC in August of 2015. I haven’t done a heck of a lot with it, in large part because this shit is expensive. But I have a small handheld radio (HT) and am following some of the goings-on with my local club. But after a year, what have I learned?

1- The expensive bit. Trying to expand from the HT onwards means probably a minimum spend of $500, and closer to $1k if I want to get into the neato HF stuff where the cool people hang out.

2- Hundreds of acronyms and shorthand terms. HT is shorthand for handheld transceiver, which will get me onto the VHF and UHF bands, but for the HF I’ll need a base station, and then I’ll probably want to look into getting a key so I can start playing with CW. By then I might look to getting involved with ARES and RACES, and maaaybe try some DX contesting… this is of course a very small sample.

3- Good people. Very often when peeking around online for info about this sort of thing you find genuinely enthusiastic individuals that are happy to evangelize the technology. It’s good to see welcoming folks like this in spite of the (largely honest) reputation that this stuff is only for nerdy old white men. A couple of people I particularly enjoy are Dave Cassler, who has a great YouTube series dedicated to answering questions for new hams, and Randy, K7AGE, who’s gotten into the habit of videoing a lot of his projects.

4- Bad people. Yeah they’re everywhere, and here too. There are segments of the more cantankerous crowd who are openly hostile to… well, anyone. Early on I’d found stories of a couple of guys in particular who were actively harassing newer hams for some reason or another (not local to me, luckily). The FCC does come down on some of these, fortunately, but it can take a while. All of this is quite disheartening, but as a my-age friend pointed out, the more younger folks we can get on the air before those types die out, the faster we can replace them, cuz they’re not getting any younger.

5- Weird people. I’d mentioned above that there are programs for hams to be involved in emergency communications, which is great! It’s a very helpful additional option in cases of disaster to have one’s own radio and be familiar with using it. But this dovetails into some of the sketchier “doomsday prepper” people. This takes it in some strange directions: yes, it’s good to know how to do some radio tasks in an emergency, but do you really need a camouflage rack-mount radio? Are you worried someone’s going to break into your ham shack and they’ll conveniently not spot it? There was another group, some of the borderline-cult the-Rapture-is-near folks, who had brokered a deal with a Chinese manufacturer to build very cheap, very low quality radios to sell rebranded as a sort of Christian emergency comms system. I guess they’re worried about not being raptured?

5- Antennas are COOL! These have probably been the most interesting part so far, even though I have very little gear to make use of more interesting designs. There’s a lot of math involved if you want to get complex with it, but it’s neat how you can make a common-yet-powerful antenna with very readily available components and a bit of soldering. Of course, you can buy ready-made stuff including even large scale antenna masts on which to mount them, some of which need to conform with FAA lighting rules.

6- Ham radio people figured out… well, everything radio. Radio stations, WiFi, your cell phone, long-distance communications in WW2, space program communications and satellite comms of today, all of this stuff and hundreds of other examples was either explicitly engineered by, or based on the expertise and engineering of, amateur radio people. It had been very easy to overlook that, but of course the people most familiar with figuring out radio waves are going to be the ones building these kinds of technologies.

Anyway, I’ve covered most of the basics by now. It’s been an interesting and rather in-depth education experience for me. It’s led in turn to a few connected radio projects that wouldn’t necessarily require a license (technically none of it would as long as you never broadcast), and I have a list of “what’s next” in mind which has me enthused and engaged. In stark contrast to my job <rimshot>.

Actually that’d make a good item 7, turns out several of my coworkers are into it as well! I probably shouldn’t be surprised, but it’s not the sort of thing that comes up too often I suppose. I am, by miles, the youngest of that lot.

But that’s enough of my morning typing up random disjointed thoughts on radio waves. Until next time, FB, 73 73!