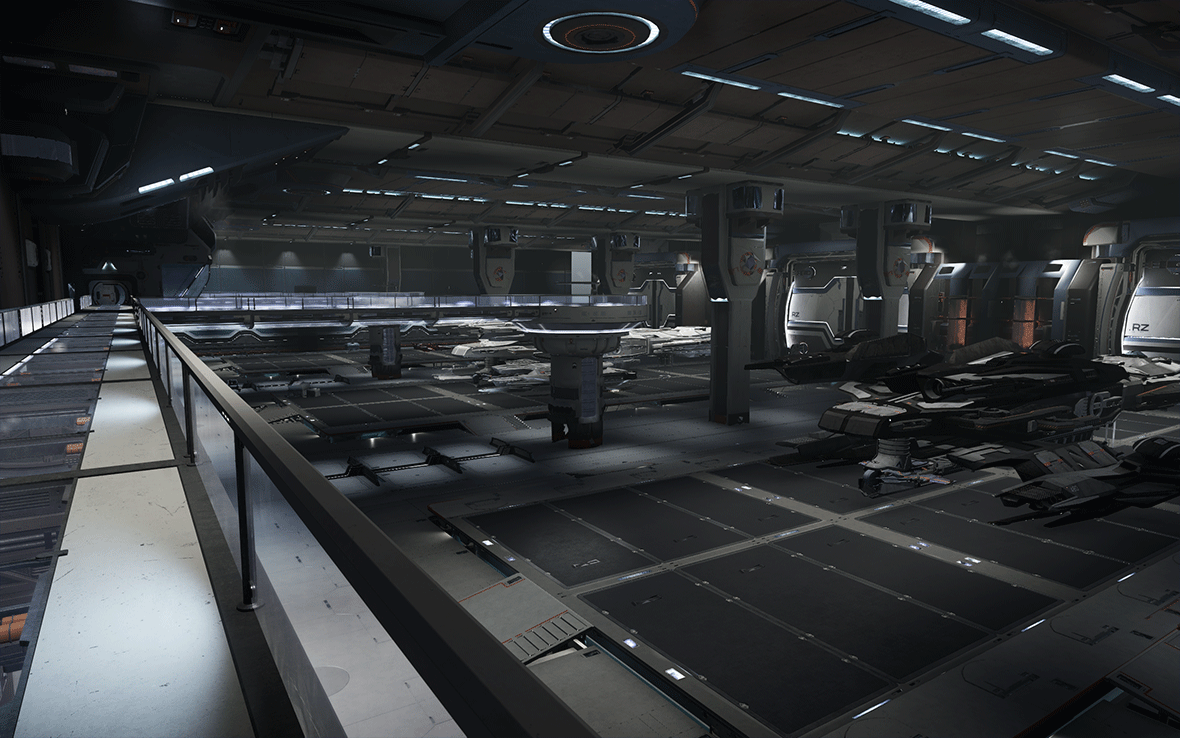 Over the weekend the latest, large update to Star Citizen dropped.

The project as a whole is coming up on being 2 years old next month. 2 years since that initial hype jumped and people (including me) started throwing money at it. We’re also just over 1 year since the Hangar Module dropped, which was the first “playable” experience with it. And by “playable” I mean you had a 3d engine in which you could walk around and stare at some of your ships, if you happened to have one of those for which the modeling was done, or near done. And of those, all have already been redone and revamped.

The initial hangar module was basically a 3d museum. You could look, but not really touch. Oh, sure, you could sit in the pilots seat for some of the ships. But that’s as useful as it got. And you may think, why would they bother then? There are two reasons though. One is hype: they want to make sure the people who were throwing money at them early weren’t losing interest, and that they were seeing that work is being done.

The second is that the hangar was meant to be the start of all the other bits, too. Sure, it’s just a hangar… oh but now if you pick up the helmet on this pedestal, you can actually fly (some of the ships) and shoot at bad guys! And then they added multiplayer in stages, now open to all of the project’s backers. And until this weekend, that was the extent of it. A single player mode, and a multiplayer melee, though they also added a couple other game types along the way.

With the new patch a lot has changed. First and foremost, all three of the already well-designed hangars were totally redone. They look stellar. Some of the ships came with different hangar spaces by default, those players that had the “high end” ones like me can now choose which we want. It’s a testament to the quality of all the designs that I’m genuinely having trouble deciding which I like most. And I can’t tell you how silly it is that I feel so excited about that. They’re gorgeous. The main image above is a shot of the midlevel hangar, which I may like better than the top end one.

They also added in a couple more ships, as well as a racing mode. Those two ships were planned from the start to be the game universe’s racing stuff, and now there’s a reason to have them. And that’s challenging, and fun! This has, at least for now, spawned a trend of people trying to set record speed laps around the course so far.

The flight model has also been updated, which is boring to discuss but helps the game a great deal. Joysticks are now a much more viable control option than they were previously.

Anyway, here we are: further reassurance that the game is moving along and is being built with some astonishing quality, though it’s worth noting that once again, everything was delayed by several days. There’s still a lot of bugs and design decisions that need updating of course. It’s got a long damn ways to go, and I’m sure all of that will be delayed, too. But this has been a very exciting moment because it’s all starting to look more cohesive. It’s weird to say it but this whole patch has me even more enthused than that original Hangar Module download. It’s getting somewhere, and where it’s getting looks very, very good.