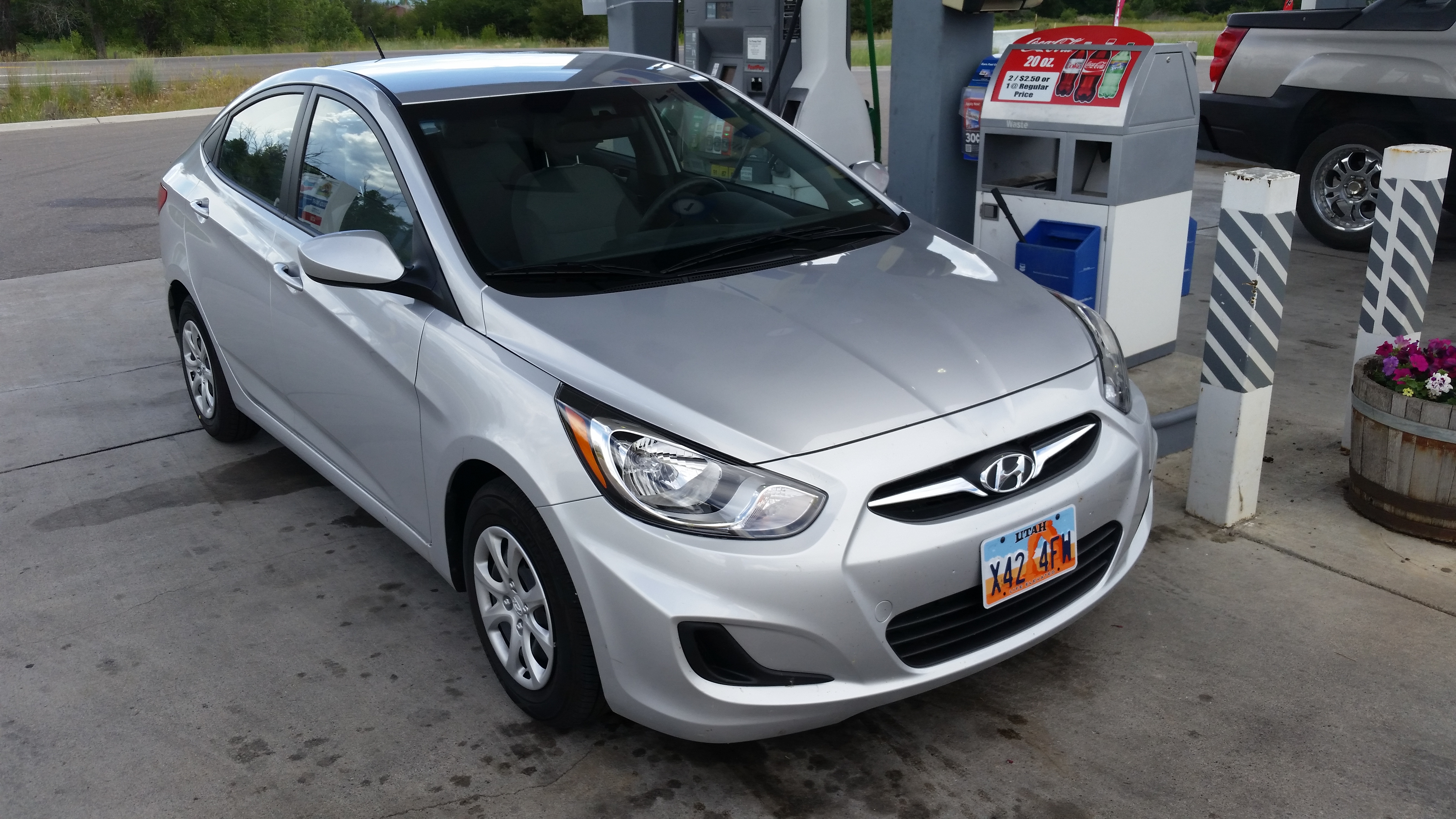 There’s a strong possibility that this is going to be a two-parter. I’ll decide as I get to the end. I’m leaving this note in mostly as a reminder but also to show you, the reading public, how on the fence I already am about just how ranty this shit is gonna get.

I’ve driven bad cars before. Most people have. And cars can be bad in all sorts of ways. Crappy interior, ugly exterior, unreliable, lacking power, blah blah. Prior to the Wyoming trip I’d identified the Worst Car I’ve Ever Driven as a 2008 Pontiac G5, yellow, that I’d rented for a business trip. The G5 ticked so damn many of the Bad Car boxes. First, I thought it was ugly. Second, the interior was cheap. Then the brake pedal was very vague, the gas pedal and transmission were very touchy at low speeds but very weak at high speeds. The steering was wobbly, and so on. I hated it. I hated it more because it was $100 cheaper but definitively worse than my then-recently purchased 2008 VW Rabbit. I also hated it because I’d been a big fan of the early-90s Grand Am redesigns. They’d been imperfect, sure, but good looking and not terrible cars. And the G5 was that successor in turn, ruining all of it. Bottom line, there was a lot of malice for that car.

So that now, having been thrown the 2014 Hyundai Accent while renting for this current trip and suffering it for five days and around 800 miles, it’s almost refreshing, almost, to sit here at my desk trying to determine whether that Most Hated Car Ever title is up for grabs. I think I won’t decide yet.

When we got the thing I kept in the back of my head that several friends and coworkers had turned positive on Hyundai in general since they started redesigning their cars to be mildly attractive. And one of the major car publications had decided Hyundai was most improved on the reliability charts. Both of these were good signs, right? They’re turning it around. Gotta give them a chance. I can’t help now but wonder what it used to be like.

Still, I stuck with it. It was a small car and I do love small cars. They’re so much more fun! A little, nimble hatchback can be a blast and although we were getting stuck with the sedan, it was still a pretty micro mobile. A friend had suggested strongly ahead of time that I ditch the compact and upgrade to the midsized sedan. Screw that, I thought. And in retrospect it may not have helped, given that the midsize they offered was the Elantra which, a spot of Googling tells me, has the same engine.

Let’s start with the exterior. It’s not great. I mean it’s not so featureless as they were, once, ages past, but aside from an ugly front end, the rest seems standard and bland. Welp, that’s good enough.

Interior. What is it with this cheap feeling cloth that’s been on everything lately? That Dodge Avenger we rented last time had the same issue. Not uncomfortable or even bad, just cheap feeling. It was roomy enough at least. But if we look past that to the normal internal features and layout it gets odd. The stalks behind the steering wheel for the turn signal, lights, and wipers, for instance. They were about an inch further back than they would normally be, meaning that even my long fingers had to stretch to get to them, and this in turn proved awkward a few times. The rear view mirror had this constant effect like I was looking at it in the flipped-up anti-bright-lights mode, as if everything behind me was slightly out of focus and hazy. The side mirrors fortunately didn’t have that problem and, surprisingly, were electric, but did have the blind spot mirror placed just so that it obscured my blind spot in my mirror. The radio was normal, but the USB port was located in a little cubby under the center console. It was able to charge my phone, but couldn’t play the audio for some reason (though the radio did recognize it as plugged in). It had an Aux in port, but I didn’t have that cable handy, so I was screwed there. The car also had a common but super annoying feature: the driver’s window was one-touch to go down, but not to go up. So after talking to the assorted park booth people, I’d have to drive one handed with the other holding the button to roll up my damn window.

There was also no outside temperature gauge. Now, this isn’t necessarily a must-have but it’s been so long since I’ve driven a car without one that I was genuinely weirded out by its absence. What it had instead was an ECO button, and here’s what this did: I pressed in the ECO button and a really bright LED on said button would light up, and the word ECO would light up in green on the dash, and that was it. It may have been trying to limit the revs at lower speeds, but since I more or less had to stomp on the gas to get up to speed before traffic would catch me anyway, I barely noticed this. The fuel gauge and temp gauge were both digital and performed reasonably well I suppose. There wasn’t a clock on the dash so we had to rely on the radio for that. Nobody had ever bothered to set the time on it (the thing came to us with 1600 miles on it) so it thought it was 2020. We set that for them. It was, at least, easy to do.

All of this that I’ve covered so far does get to the root of some of the aggravations with it, and all of this had been cataloged by the time we stopped for lunch half an hour later. We’d done some highway driving by this point and had generally settled in, but the bigger stretch through northern Utah, Idaho, and the much-anticipated mountainous trek through Wyoming were yet to come. And it wasn’t until after that lunch stop, specifically, that the thing moved away from being a generally amenities-lacking cheap car and into something worse.