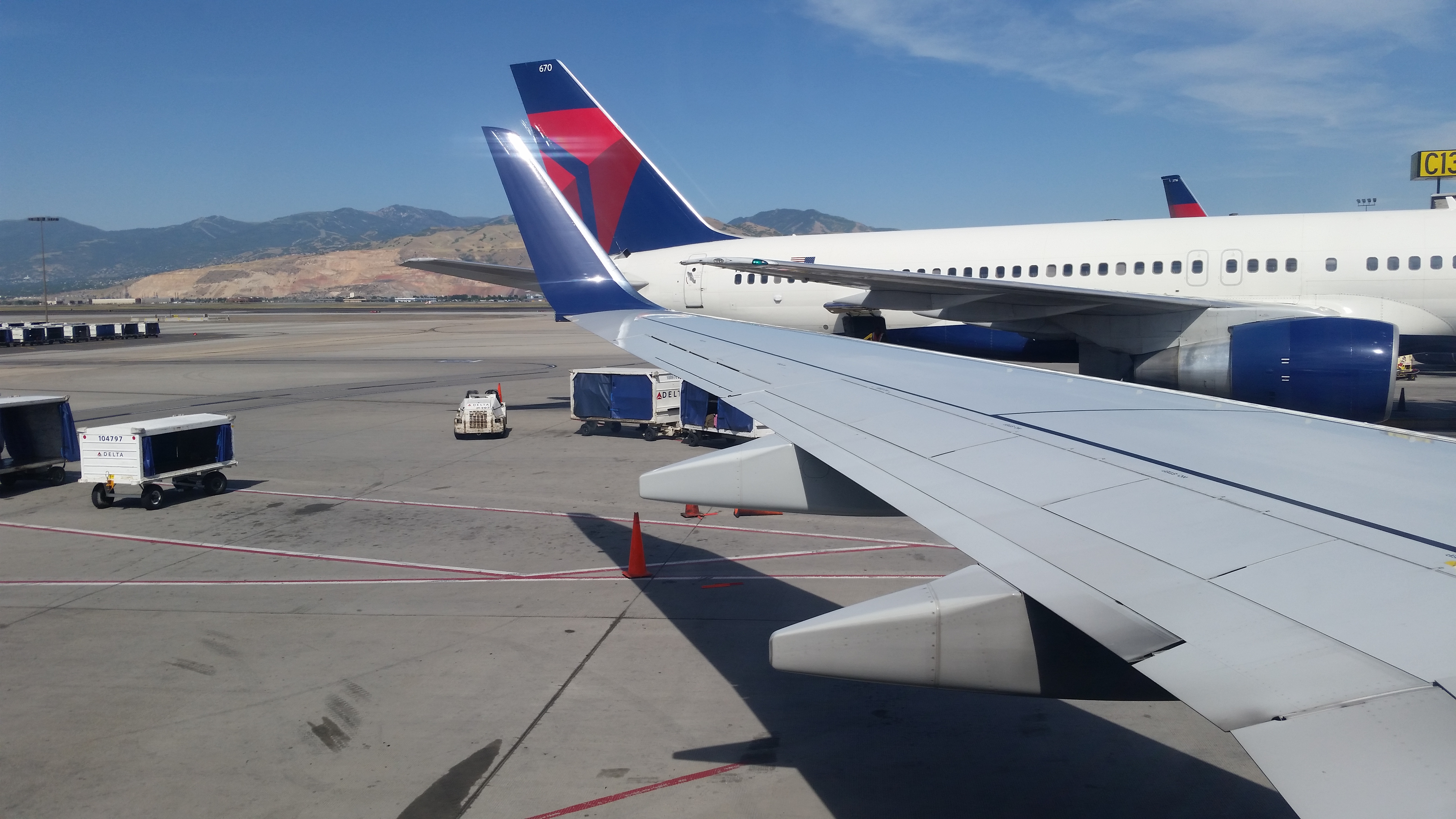 We’re awake. The car’s loaded. The goodbyes have been said. Nothing left to do but hit the road.

This time we took the southbound road out of Jackson which turned out to be a winding, forested route through the Targhee National Forest again, though less mountainy this time. On the other hand, the road followed the Snake River for quite a while which made for lovely scenery. After turning one bend the whole of the valley was encased in a dense, beautiful fog. Fortunately that was high enough off the ground that it didn’t impact our visibility at all.

But beyond that there’s not a lot of tale to tell. I’d again have had a great deal more fun if we’d been in a decent car, and otherwise it was largely uneventful. Idaho looked just like we’d left it, as did northern Utah. Once in Salt Lake we had a little difficulty finding a gas station to fill up before returning the very bug splattered rental, but even that went smoothly in the grand scheme of things. At the airport we went through the much-friendlier-than-Atlanta’s security, parked at the gate, and waited out the last hour before boarding.

Flight was uneventful too, mostly. There was a delay getting everyone off the plane because there was a group of like a dozen kids flying solo, and they had to meet up with their parents at the gate and all. That was odd. But because of that rush the cabin cleanup wasn’t as thorough as it needed to be, and then we’re rushing to get onto the plane and settled. The at-seat entertainment was free this time so while the kiddo watched Despicable Me and then the Muppet Movie, I watched Captain America: The Winter Soldier (really good, that, probably the most grownup of the recent Marvel films and in a good way). Before we knew it we’d landed and were back to the car.

There are few proper joys in life as wonderful as driving your own decent, familiar car after having driven a truly abysmal rental car for a week. At one point I caught myself by surprise when I floored the gas out of habit trying to get up to highway speeds, only to remember that this car actually has enough power (an astonishing 170bhp!) to do so effortlessly.

The worst part of the return trip turned out to be actually getting home. I’d turned off the air conditioning while we were gone and none of us were going to sleep in the 88 degrees house. But after a while it cooled off, we got to bed, and there was indeed no place like home.