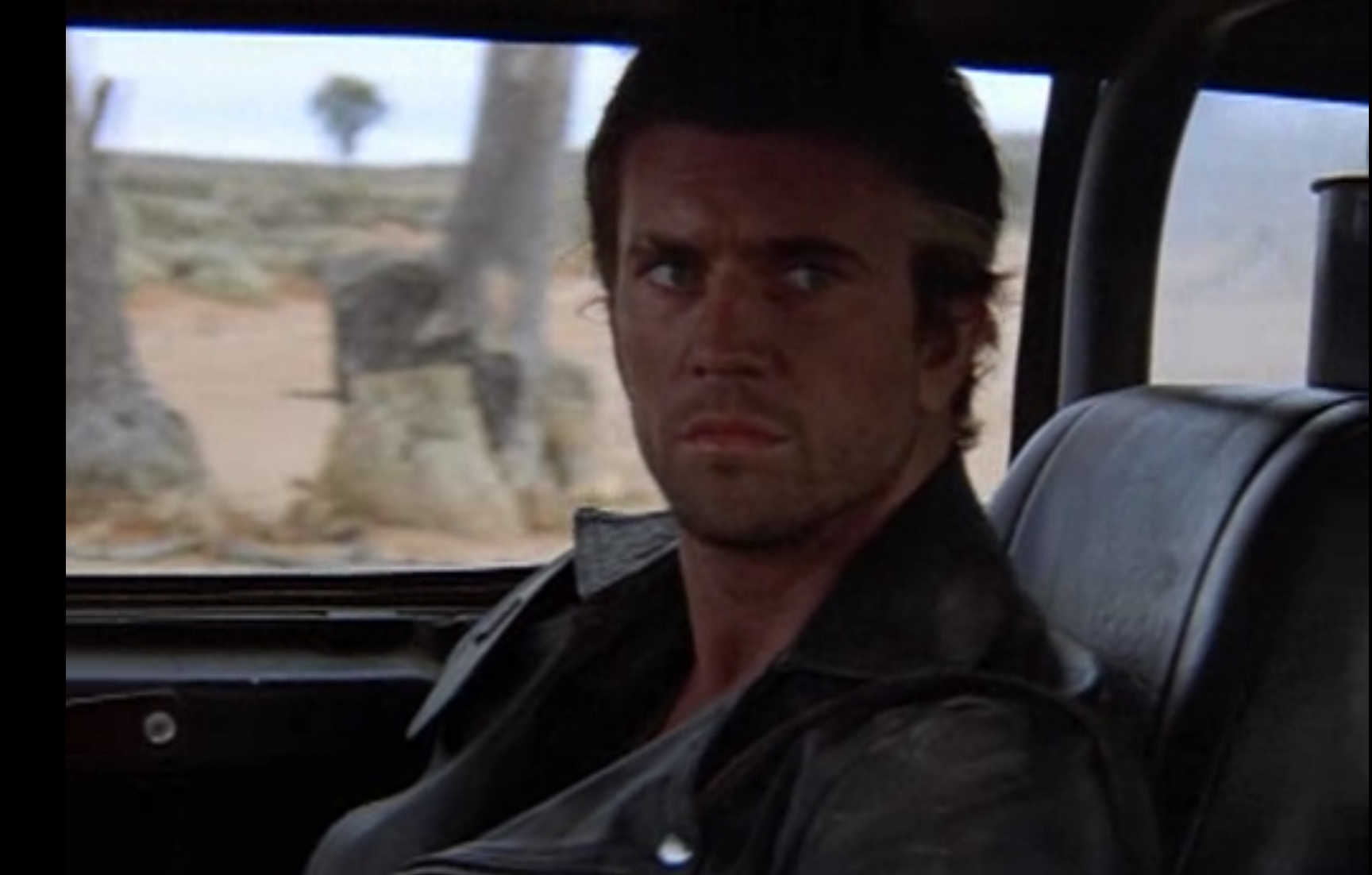 It’s 6:40am, and I’d like to be screaming down the on ramp to I-85, but the line of cars ahead of me is having none of that. Instead we trickle onto the interstate slowly and pick up speed as we’re able. The sun’s just popped over the horizon spraying us all with that perfect Tequila Sunrise glow, still too low for the visor to be helpful.

A few lane changes and I’m in open ground, none of the sluggish morning commuters to slow me down, at least not until I catch the next gaggle of them. Luxury SUVs shrink in my mirror to bland white splotches in the distance, mingled in with those kind of large yet completely spotless pickup trucks that have become the face of American male virility, the “super duty” sort who’s only real duty is commuting and the odd trip to Home Depot in a weak effort to justify its presence. Soon dump trucks and tractor trailers are mixed in as they join from the more industrialized exits along the way. These also come with commuters in the less-luxurious vehicles, the single income family sedans from a decade ago or more.

The woman in my GPS suggests I switch roads ahead in that false mechanical cheer, moments before warning me of a car stopped on the shoulder in a similarly false mechanical concern. The exit is a few miles away yet. With a flick of the indicator stalk and a twitch of the toe the car leaps forward again, acceleration pushing me back into the seat in a gentle sort of way, arguably the most comforting embrace I’d ever known. I patiently dodge between the new cars and notice as another SUV (slightly older) is caught out, not aggressive enough to have slipped into the 50 yards of space between tractor trailers, having to brake impotently and slip in behind one as if some sort of meek child chastised by its larger road-father.

We exit together in a long curve, joined on the right by commuters from another road somewhere unseen, slowing us all and giving me more to dodge. I zip between them regardless. My mechanical voice mentions that police are reported ahead: not a “warning” this time, merely a statement of fact. I could already see the blue lights, however: he already has his victim and won’t be interested in me. Again with the acceleration, the embrace. I settle into a comfortable spot on the road to chew away at the miles and drift, flow, charge towards where I need to be.

Out of the corner of my eye, movement. To the right another car is speeding past the traffic, far more quickly than I’m moving, a blur of sea-green from a decade ago. A challenge, I must intercept this upstart not because I must be the fastest on the road, no. Not out of concern for my own standing as the master of this stretch of asphalt. I must because whomever he is and whatever his skills or motivation, he’s finding a far better route through the traffic, through the morass of aluminium and steel moseying purposelessly along. I dart, carefully mind you, between cars to find an opening from which I can close in on my new play toy. He dodges, I dodge, we slip together through the mobile debris and its unwitting occupants, dashing towards the horizon at a comfortable but not yet reckless speed.

Another interchange ahead signals a collective IQ drop for the traffic around me. Generally-functional individuals suddenly lose all sense of place as they struggle with the difficulties of finding the correct lane to exit or not exit as is warranted in their situations. My road-friend manages to slip away in the confusion by making a slightly closer cut than I’d have been willing, a brave move given the sudden unpredictability of the herd at hand. I am instead caught behind a minivan in the left lane which is busy shepherding probably one lonely commuter, miserable in a miserable and well-aged vehicle. I twitch the toe again for that acceleration and that sensual embrace finds me. A brief weave around the mobile slushbox finds me in open ground again, at least again until I catch the inevitable pickup trucks. This only takes a few miles.

Traffic around me has begun to change at this point. The city’s arteries no longer flow freely, or even mostly freely, but have instead become filled with a kind of syrup that will only thicken inevitably into a kind of jam. Rubbery, hate-filled jam. Even the tiny voice in my GPS has fallen silent in despair of what’s to come. There’s no need for warnings of cars stopped on shoulders or even politely informing me of the presence of police: I’d not get a chance again this trip to be going fast enough for either to become a danger.

We near the big interchange and traffic slows further. This is where they intend to build the new Braves stadium, fueled by an astonishing sort of blind optimism that this area of permanent congestion somehow, amazingly, wouldn’t leave approximately 100% of the team’s fans late for the start of every game. The thought disgusts me and the traffic grows thicker still. Were I a smoker this is the point where I’d angrily stab out the butt of the current cig in the ash tray and light another with that blend of contempt and impatience that this city has perfected in me, a beautiful, crystalline gem, a diamond of annoyance that lives in me and shines brighter than the now visor-blocked sun. The overhead signs offer their orange traffic information: my exit, 8 miles ahead, 10-12 minutes. A bold, glowing lie writ large across the asphalted river of despair in which I’m mired.

A familiar sea-green flicker to the right tells me I managed to catch up with my comrade in arms from earlier, but I pass him just as quickly as his lane stops dead. I dodge between lanes as well looking for some sort of optimal position, a way through, half hoping a glowing beacon of goodness would part the steel waves ahead and let me pass. Alas, if such a street-deity exists I surely wouldn’t be one of the chosen people. We slow, and slow further. My timid GPS voice warns of a car stopped on the shoulder ahead and police besides, once again. This was timed almost perfectly with another overhead sign telling me of a stall specifically at my exit. I come to a dead stop very much against my will, slurp more of the coffee that’s been slowly assisting my higher brain functions in their morning startup, and let in a few cars attempting to join me in this miserable motionlessness, hopeful that they’ll achieve a full realization of their ignorance, or hilariously misplaced optimism, in due course.

I, on the other hand, am not ready to succumb to being parked while waiting for my exit to clear. I dodge left again when the chance presents itself and against the protestations of my GPS which continues to calmly implore that I exit right in 500 feet, then seems to believe I’d done so when I fly past the exit. But a chirp later and it’s realized my plan, it’s onboard again, it sees where my madness is taking us. Long experience told me that just an exit later was a third option (the other exit providing the first two) for just such an immobilized emergency. A little light backtracking could save me 20 minutes of idleness on the road, and more to the point, offered the chance for smug superiority over the fools I left behind, almost a sweeter prize than the lessened wait.

The exit is calm, the roads behind are calm. Does the little voice in my GPS sound more cheerful? It’s hard to tell, perhaps I’m merely hearing more cheerfully. A few gentle turns and I arrive at the gleaming steel towers where I work and the glorious calm of the parking deck thereat. Which then turns out not to be calm as another minivan, making noises that I wouldn’t call so much “unhealthy” as “terminal”, attempts to cut me off at a turn then angrily motions for me to go instead.

I park. The silence is deafening, that accelerative embrace is gone, the GPS voice and the music interrupting her fall dead. The car door opens and I’m greeted by a different world than I’d seen mere moments ago. The noises of purpose and motion give way to the ambient noise of nearby construction, cars honking as their owners remotely lock them (and I add mine to the chorus), the murmur of traffic outside. The rest of the commute is on foot, an unpleasant quarter-mile journey made sweaty by the city’s ridiculous humidity and my own astonishing out-of-shapefulness. The glass doors into the blessed air conditioning inside offers some small relief for that, at least. As always, I greet the passers-by whom I’d likely never met or even seen before. As always I greet the attendant at the security desk whose name I don’t think I’ve ever gotten. And as always AD, the affable old security guard, is there to greet me with a fist bump and a few cheerful words as I swipe my badge past the detector and continue the march towards the elevators.

Then I fire up my workstation, log into my blog, and complain. As always.