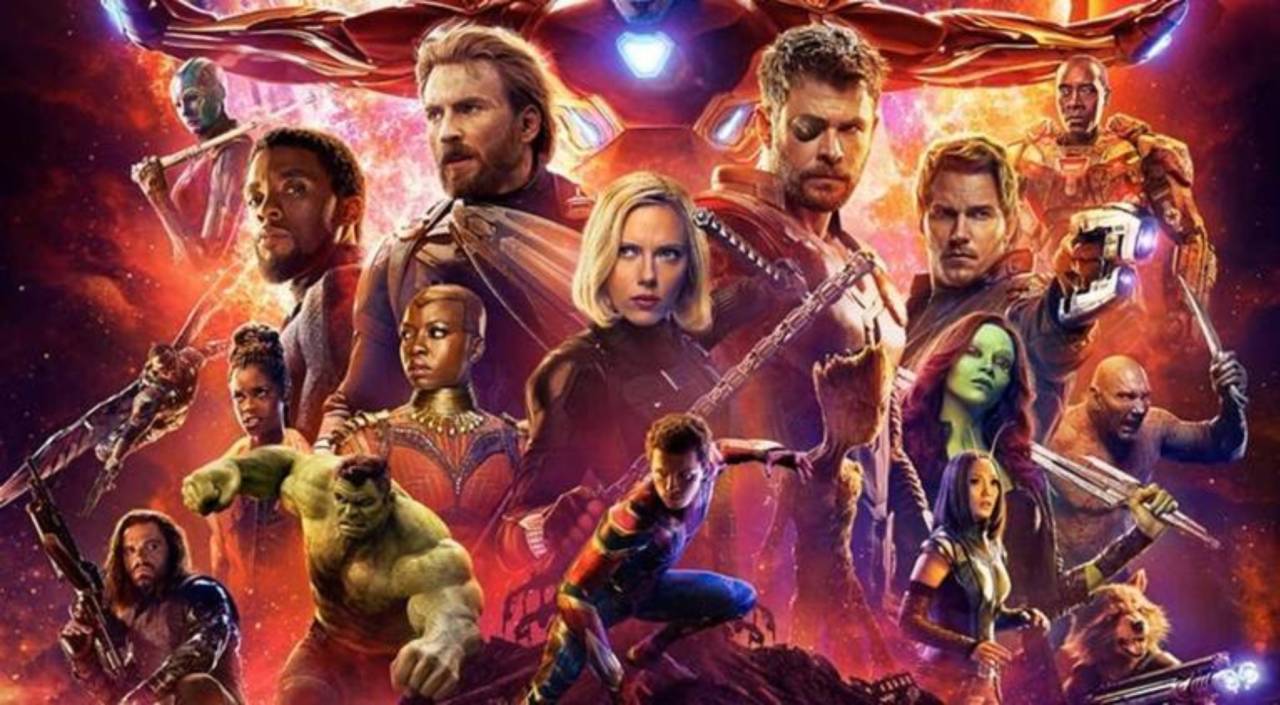 Without looking it up, I ran through the Marvel movies in my head. I came up with 16… or 18 if I added the Hulk movies that were out before it really got underway with Ironman. I’m sure I’ve forgotten a few, and for the record, this is excluding all the Fox stuff, and Deadpool. (edit- looked it up, it’s 18 cuz they count the 2nd of the hulk movies, and I missed one, though I’m not sure which)

Each of those 16 were, in their way, driving towards Infinity War and its inevitable sequel. They had their own story arcs, their own characterization, beginnings, middles, and ends, but they always left the clues that were going to point this way. The post-credits scenes would, or just as often, it would be tied directly in to that movie’s plot. And this is how a lot of comic book mega-arcs have worked so I guess why not try that on the big screen?

Infinity War itself is not a self-contained story. It does not have a beginning, and it’s ending is a very obvious and expected cliffhanger. It has almost no characterization at all, aside from that of its villain. It shuffled the responsibility for all of that off on those previous films, and it did so to an extreme degree. Even with generalized familiarity with the characters, had a viewer not seen several of the previous films (and sat for some of the post-credits scenes) they would be totally lost (Age of Ultron; Dr. Strange; Spiderman Homecoming; Civil War; Thor: Ragnarok; Guardians of the Galaxy, at a minimum, and there will be several characters you wouldn’t know the name of had you not seen some of the other films too). At least one of the characters is not even outright named in the film, though he is briefly called by his real name in the middle of an action scene.

All of this is extremely strange to try to watch. There are literally dozens of characters to track, with their own independent storylines, but those are all exclusively side-plot filler. The closest thing to a main character the movie has is the villain Thanos, but the only reason even he would count in that role is that he’s the focus for all the others, the only connective thread. And his story is… well it’s been referenced several times previously in other movies, such that now there’s really only a token nod towards his goal. It opens just minutes after Thor: Ragnarok’s post-credits scene, gives us a good look at the villain they’ve been hyping for years now, and we’re off.

So you might understand what I mean when I say I’m struggling to determine not whether or not it’s a good movie, but whether or not I should approach it from the lens of a movie at all. Because… is it one? If I viewed this anywhere other than a theater (which I would not normally have done, this was a work outing) I would instead have assumed it was a ridiculously lengthy DVD extra. This is a tack-on climax scene to all those previous movies. It’s bonus extra scenes with really high production values and no connective tissue whatsoever.

And the no connection part makes it so weird on the good/bad scale. I liked Guardians of the Galaxy a lot. I liked Thor: Ragnarok a lot. Seeing the characters from those two interacting was good and amusing, for those tiny bits, though they got to the point where they were overdoing it but whatever. The tone on the other hand of Ironman and Spider Man and Dr. Strange was completely different. And different than the Captain America / Hulk blah blah blah piece. Such that, again, the only real thread is Thanos, who I don’t think holds it together well enough. So is it… is it good? Is it bad? It switched tone so rapidly and sometimes disjointedly that I 1) struggled to see how one plot worked next to another plot, and 2) reeeaaaally struggled to care for one or two that were supposed to be a Big Fucking Deal.

Is the action good? It’s no different than any previous Marvel movie, aside from that now we’re mixing and matching assorted effects from the predecessors. That means it’s not like it’s terrible, but that also means it’s even more frenetic and difficult to tell what just happened (though I will say that the Dr. Strange / Spiderman combo was good for 5 seconds, and also kind of cute).

Without any kind of self-contained story, and with muddled action, and almost no characterization, can it be a good movie? No. BUT IS IT EVEN A MOVIE?! AAARGGGHHH I keep coming back to that, I can’t move past it at all. Or is that the wrong question: this is now affecting me so badly that I’ve had to go look into the definitions of film as art from the philosophical sense, and eventually I end up with Schopenhauer’s theories of aesthetics as a means to temporarily escape the hell of day to day life. Since this definitely didn’t achieve that for me, I’ll just assume that this doesn’t qualify as art (it already didn’t: it’s an investment, a means for Disney to score a billion or two and move on).

Sigh. Here, let’s cut away everything but my explicit reactions as I sat and watched, because that seems to be the only way to describe it without going down some rabbit hole or other.

I sat through the action bits of this largely bored. I chuckled a few times at assorted jokes. I felt nothing for Vision or Scarlet Witch for their side story of tragedy, or Gamora for hers. I lamented the number of genuinely good actors that got strong kickstarts on their careers from the whole Marvel series but that are now trapped within it as it crumbles into a series of nonsensical action sequences peppered with eye-rollingly dumb quips. The… is it a twist?… end made me feel absolutely nothing. I got to the cliffhanger ending and, strangely, knew exactly how the next sequence is set to go a couple years before the followup movie is released. I assume I read it somewhere. I watched the post-credits scene and had a moment of “Ah, yes, of course they’re teasing the next movie” with no other emotion or interest. Then I went to the pub with some coworkers and we didn’t bother to speak about the film at all. I never experienced any moments of WOOOOOO or HOLY CRAP THATS AWESOME, though Peter Dinklage’s character got a “heh, cool” from me.