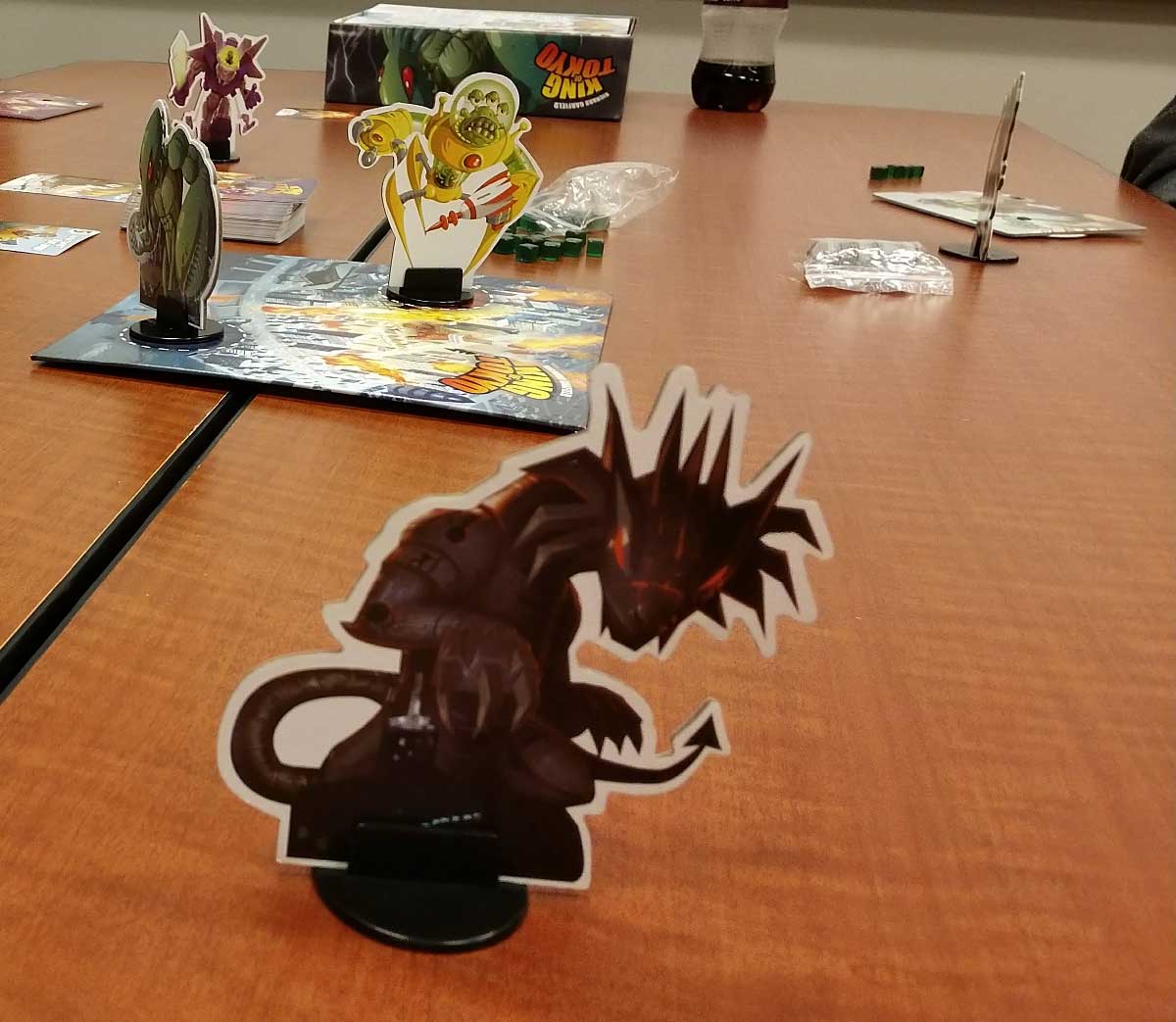 Around a year ago now I was at work and spotted an invite to an office board gaming group that would hang out after hours. Wanting to make a few new friends, I stopped in.

Board games have only… or had at the time… been in the peripheral of my gaming entertainments. Video gaming was of course the most frequent, or aside from that, the good old RPG had been more my thing. I’d had a stint in high school and college with tabletop miniatures as well, though that one gets very expensive very quickly. And before that, back in early high school and even middle school, I’d made time with friends to play some of the less common board games, or Magic the Gathering. My favorite had been our own house rules version of Axis and Allies, and games could take multiple after-school days to finish.

So a gaming group seemed interesting. I’m sure I’d been missing out on some good stuff, and I knew it was a pretty big culture. Why not? Worst case, I hate it and never come back.

When I arrived for the first session the group’s organizer, Monica, chatted with me a bit and asked me what kind of board games I’d played. “But not, like, Scrabble or Monopoly, though.” I knew what she meant but admitted it wasn’t a big list. After enough of a crowd showed up (like, 6 people total), we had a huge stack of games to try out. Monica and several of the others would bring big plastic crates of board games, so we were a tad spoiled for choice. Not having heard of most of them, I said I was down for whatever. We ended up playing Medieval Academy, a simple game that introduced me to some of the new game mechanics I’d need to learn to get into all of this. I won. We then followed up with the trivia game Terra, which I also won. We then went onto a couple of other games, and fun was had.

And now this is a part of my monthly routine. We hang around the office late, we take over one of the conference rooms, and we crack open boardgame after boardgame. Apparently there’s a larger group that gets together at one of our other locations: perhaps someday I’ll try that group out as well.

Over the course of all of this I’ve dragged these games into the house. I picked up copies of Medieval Academy and Terra, and got another game I hadn’t tried yet because I’d heard a lot about it and was curious (and now one of Zoe’s favorite games is The Captain Is Dead). And then one day, while looking for reviews for another game we’d seen at the monthly gathering, I stumbled across Shut Up And Sit Down.

SUSD consists of a handful of British guys who review and discuss board games in a fun and comical style. They’re very enthusiastic and funny about it, but also very concise about what, to them, makes a game good or bad, and they’re open about their own little gaming prejudices and habits that might not work for everyone else. For someone who knew extremely little about board games I found them to be very accessible, and their enthusiasm was contagious. I picked up a copy of Mysterium based on their excellently done playthrough video, and not only has it become a big hit in our household, but it was dragged out at Thanksgiving and was enough fun that my parents now have their own copy too. In fact, it’s Mysterium again that I’ve brought to have on hand for tonight’s work gathering. We may not get to play it, and that’s just fine, but it’s a great fun way to connect with people.

And that’s one of the big ways that SUSD, and board gaming in general but guided by SUSD’s particular principles, has affected me. From a couple decades of playing video games, locked away in my own office and hugely separated from people I’m playing with, I now sort of realize the way that board games are created to bring people together. Even in direct competition with people you connect with them, have fun there in person. For an awkward antisocial sociopath like myself, that’s an amazing realization to have. And there’s far more flavor and interest than in stuff like Monopoly (which I’ve long been bored with, but am regardless basically banned from playing with the family), or Clue, or Scrabble, or whatever. Even some of the very basic stuff can make for a far more interesting, more accessible game.

So board games are slowly starting to litter our household. Zoe has certainly started to dig in to it: she’s now also a big fan of the Arkham Horror card game, and she has her own copy of the very easy to learn Sushi Go Party (ages 8 and up, and yet has more depth and camaraderie and good times than Monopoly ever will). We’ve got games that are good for the family to play and have spent a bit more time together instead of shut into our own rooms with our face buried in whatever screen we have. Most recently I picked up Legacy of Dragonholt for us, to bring us together for some storytelling goodness. And even if any of these are imperfect or lengthy to set up and play, they’re fun!

There’s been enough enjoyment all around that we’re considering replacing furniture here and there to accommodate our new collective hobby. A bookcase for the games is rapidly becoming necessary, and I’m seriously considering getting a much larger coffee table so we can play in the living room rather than in the somewhat less comfortable kitchen. I’d gone so far even to consider some of the custom-made gaming tables that has a removable top to make everything more relaxed, but they tend to be hella-expensive. Maybe I could build my own, though….

But tonight there’s gaming to be done! Maybe it’ll be Mysterium again, and one of my other new coworker/friends will get to play the ghost. Maybe we’ll do another round of 7 Wonders, with which I did really poorly last time but think I could do better now that I understand the strategies better. Or King of Tokyo again, which was very fun to lose. Or who knows what new one we’ll play? Regardless, it will be fun, and it will be good to be in the same room with the people I’m competing against.