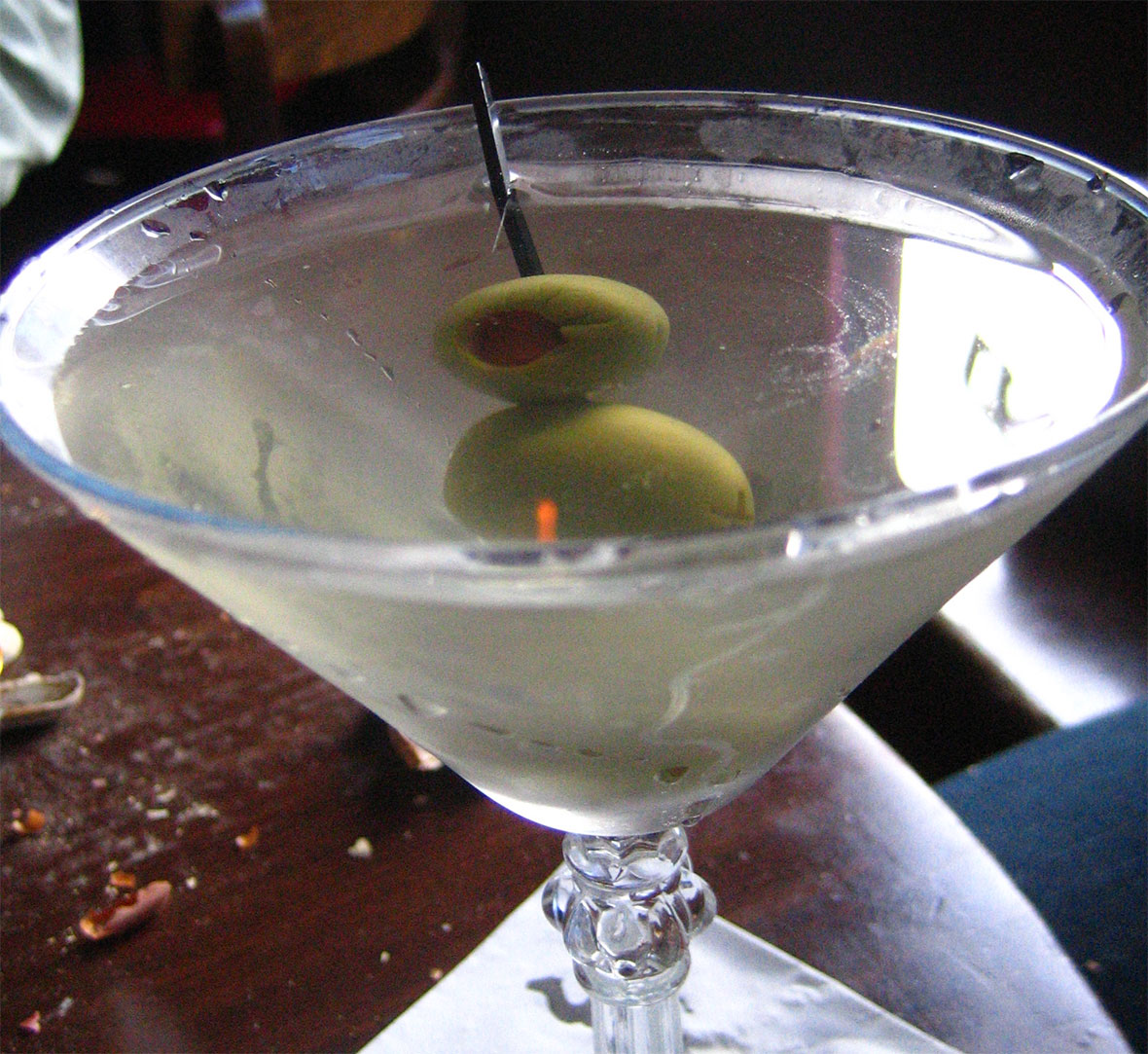 Today at the office my team had a larger team meeting. As a part of the proceedings our director asked each of us what our anticipated holiday events would be. Some had major travel plans, some had minor plans, and a few folks had nothing super special in mind.

When he got to me I answered that I’d just be around the house, taking care of this and that, and of course drinking. My drinking habits (which are genuinely not a big deal… usually a cocktail after work, sometimes a second with dinner, and very rarely anything beyond that) are something I’ve tried to turn into an open joke. He commented that he’d noticed that my LinkedIn bio page shows me holding a Martini, and asked what my normal drinks were. I don’t think he anticipated that I’d rattle off the laundry list that I did.

But of the list, a few drinks stood out in my mind, in that I have a few of my own regulars. I thought I’d get them written down here.

Into a mixing cup, add in several ice cubes. Add a shot (1.5oz) of sweet vermouth, two shots of Bulleit rye, and THREE DROPS of Angustora Orange Bitters. Stir gently for a bit. Pour this into an old fashioned glass full of ice, and garnish with one maraschino cherry. Let it rest for ~5 minutes before drinking.

Typically a Manhattan would 1) not be over ice, as I like it, 2) use aromatic bitters instead of orange, and 3) have an orange peel in there. 2 and 3 occurred in my recipe because I rarely have orange peels around, and I feel it worked out nicely. But this is a favorite cold weather, or generally autumny/wintery sort of thing.

Take a martini glass. Fill with ice AND water, and set aside. Add a handful of ice cubes to a mixing cup. Add a splash of dry vermouth (I prefer the green-bottled Martini & Rossi Extra Dry stuff), and a splash of juice from the olive jar (more later). Probably 1oz total between the two. Toss to coat the ice but do NOT pour out like some folks do. Add two shots of Aviation gin. Stir gently. Pour out the ice water from the martini glass. Spear three garlic-stuffed olives for garnish and plop them in. Strain the rest over that.

It had never really occurred to me before how immensely personal a martini could be. I stumbled across this completely by accident: when trying gin after gin I stumbled on Aviation (which has a lovely lavender taste to it) and adored it, but kept trying others. One other I tried after was pretty poor so to make it palatable I started mixing dirty martinis. Having finished that I got another bottle of Aviation and, out of habit, accidentally made a dirty one with it. And oh my… as soon as I sampled it I realized I’d hit on a great combo for my own tastes.

Laphroaig is my go-to scotch. When you let it sit in the glass and warm up a bit it begins to smell like walking into a smokehouse. Amazing stuff.

A good old Gin and Tonic will remain in my repertoire forever, though I don’t like Aviation for this. Usually I go Bombay Sapphire here, but I’m not super picky to be honest.

Rum and Coke is a common one when I’m lazy. I prefer Sailor Jerry spiced rum: the flavor is interesting and delicious without being much more expensive than the low-midrange stuff. Oh, and fuck Coke. We’re a Pepsi household, so, Rum and Diet Pepsi is usually what happens there.

Anyway. There we go.