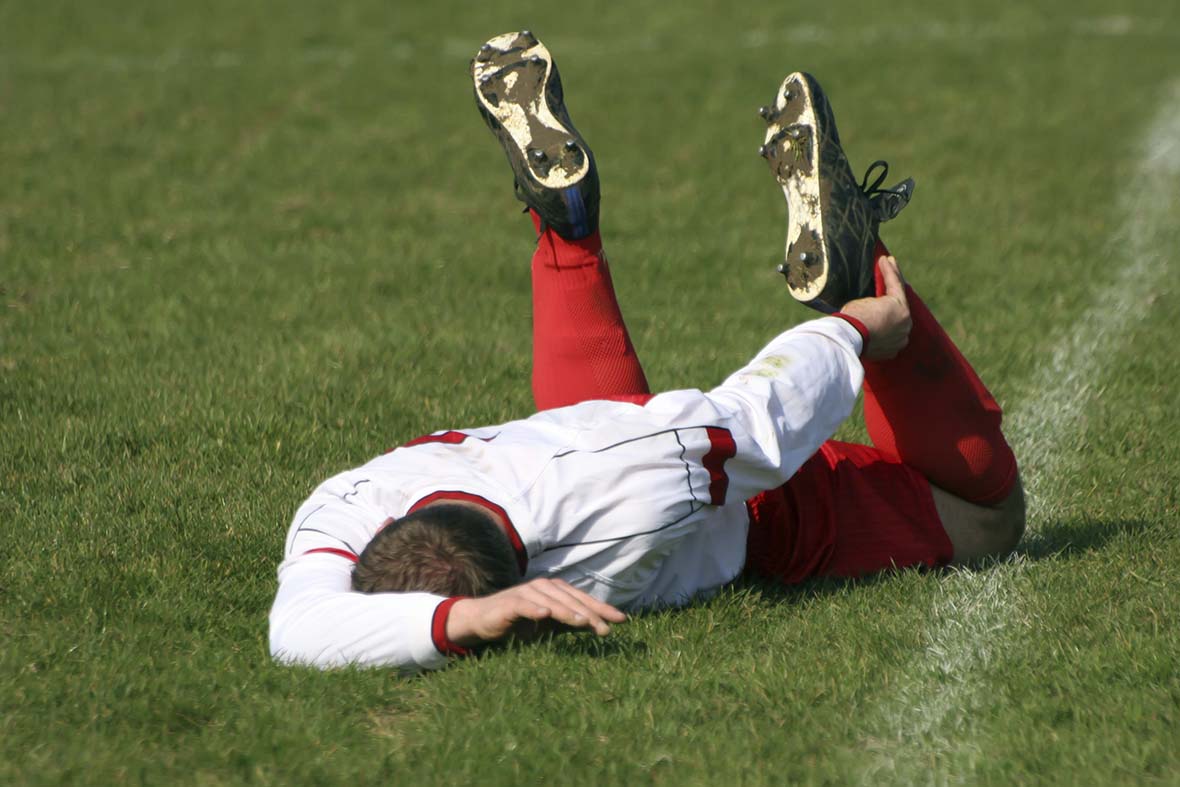 Well the story has been filtering around. I might as well recount my edition of it at greater length.

I fell down the stairs.

I have some mild history of sleepwalking. It’s very rare (once every six months or so) and it usually just results in me standing in a strange part of the house. Erin generally notices this, herds me back to bed, and that’s that. The next morning I’ll have no memory of this but feel hugely embarrassed when told of it because that’s what I do. It’s also worth noting that sleepwalkers are much more likely to do so after having a couple of drinks, which I’d done here. Had a few, went to bed, all seemed well.

When I woke up the next morning I hurt, a lot, and I instantly knew it was because I’d fallen down… down what? That part I couldn’t remember. Obviously this was troubling. But my back hurt, and my feet hurt, and when I hauled myself up out of bed and into the bathroom I saw one of my toes was caked in dried blood. On the other hand, I didn’t have a hangover, which was good. I got cleaned up, and dressed, and went to lay down in bed again to relax. And Erin woke up and told me it had been the basement stairs.

She heard me get up and assumed I was going to the bathroom in the night, and I guess didn’t realize anything was unusual until she heard the crash of me falling. She kindly got me back into bed and all and things seemed ok. We noticed a little later that I’d put a good sized hole in the drywall on those stairs. From falling.

Based on the pattern of injuries I’m guessing I lost my footing and went ass-down, feet first down the stairs. The gashed toe was on the foot that probably caused the drywall dent, and the foot will be fine. My back hit the stairs… that’s been the most worrying part. Either I’ve got a cracked rib or two or just deep muscle bruising back there. Both have the same symptoms (pain when twisting or lifting), same prognosis (about a month to heal), same treatment (take painkillers if you need to and just don’t make it worse). Nothing new there, did the same a while back working on the sink in the bathroom. Just less gravity-assisted. Beyond that it’s just a handful of bruises here and there. We’re quite lucky nothing more serious was broken, and that I didn’t hit my head, because the basement stairs are unfinished bare wood and would probably, err, have hurt more.

But that’s that. As is traditional I feel extremely embarrassed. To be honest this isn’t helped by the concern for me (which is warranted, granted): Erin’s suggestion that I wear a bell like a cat is amusing, but starting to talk about deadbolting doors so I can’t accidentally escape starts making me feel like some kind of mental patient.

You know the funny part, though? We got a treadmill a couple weeks ago so we could start jogging on it throughout the winter. We have no way of knowing for sure what was going through my head at the time, but we suspect I was trying to go downstairs to exercise. I say this because my fitness thingy was sitting on my nightstand when I woke up, instead of being upstairs on my desk where I normally leave it.

Additionally funny is that the next day, my new and now (temporarily) unusable running shoes arrived. Won’t be able to do much jogging until I’m healed up as I don’t want to aggravate anything.

But that’s that. For now it’s just the pain and shame to remind me for a while. Discovered as I got back to work this morning that shaking hands is in fact painful, hope my grimace wasn’t too obvious when I shook with the boss as he welcomed me back from holiday.