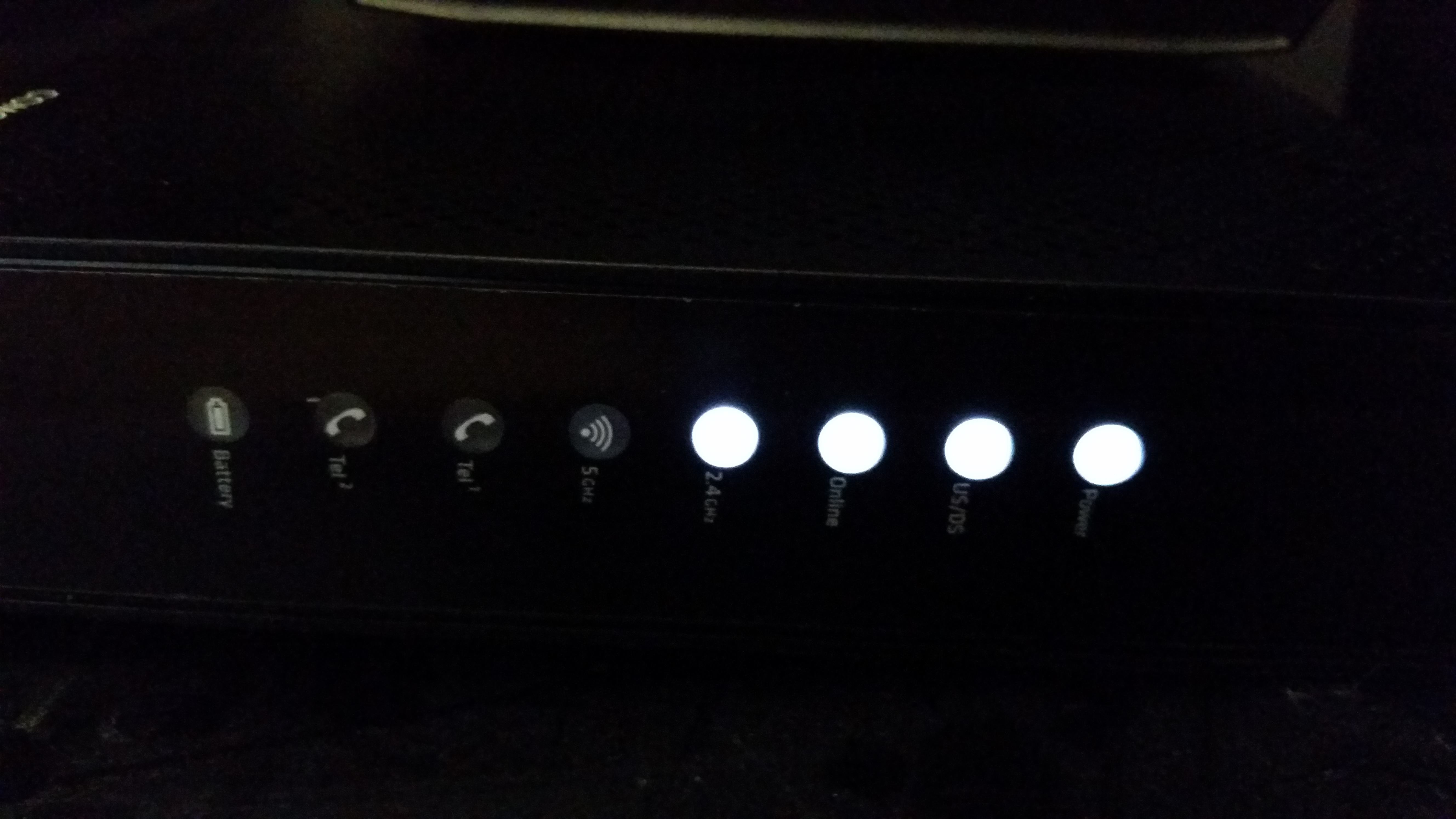 Right, so today we had my Comcast Business install. It’s been it’s own little adventure. So let’s recap how it all went down.

Last week I hit up the business website. It had a form to fill out to have them contact you with a quote “within 30 minutes during business hours”. I did so at 9am on a Wednesday (week before Christmas). They didn’t get back to me before 1pm, so I found a number on the site and called in instead.

I spoke with a guy named Jerry. Now let’s have a little aside here. I’ve worked in the computer janitor world for a long time now. I’m so sufficiently used to dealing with people that don’t know computers very well that I can often pick up on it very quickly just on their tone of voice when we pick up that topic. Jerry did not instill confidence, and I had to wring a few clarifications out of him as we hashed it all out. But we did hash it out, and he had me e-sign a contract. He said he’d forward some details to me and they’d schedule the install. Nothing was ever forwarded.

Because I knew I was likely to get spammed by them over the phone, I gave them my Google Voice number for contact info. This lets them leave me a voicemail which is conveniently converted into text (usually with errors but understandable) and emailed to me. A few days after that first call, they left a VM telling me my install was scheduled, conveniently on a day I’d already have been out of the office. Yay.

This Monday rolled around, and I got another VM re-iterating the install date. Ok! We’re set to go. A couple of hours later, another VM, asking me to return the call and confirm that install date. Ok, right. I called the number given, and it was disconnected. We will now call this phone number 1, or P1. Not wanting to leave this to chance, I looked up the number from the first conformation voicemail, which we’ll call P2. I called P2 and eventually got to someone who was confused by the number being disconnected, but said I’d want to call another number, P3. Right. I called P3, went through a couple of menus. It asked for my zip code so it could route me to the local installers. That appeared to have been disconnected.

You know, when I first did the Comcast install for the residential stuff I played a lot of phone tag too. So at least they’re being consistent here.

The next day I called into P3 again. It got picked up this time, and I confirmed my install with no issues, but warned them about the seemingly-defunct P1. The lady on the other end had no idea what the issue would be but said she’d pass it along to her management. I figured ok, we’re done here.

An hour later, they tried to leave me another VM from P1 asking me to confirm my install. When I tried it again, it worked, and I again confirmed the install. They had a couple extra questions to make sure it went smoothly. To avoid voicemail hell with the actual person who was going to be here to do actual work, I asked that they use my cell phone for this. They assured me that was no problem.

An hour later, another number called and left a voicemail to confirm the install. Seeing a trend here? I ignored this.

Install day! I was excited. So was the install guy. He called my cell phone at 7:20 and made sure I’d be here bright and early at 8am, because we were first on the list. Youuuuu betcha! All set and ready to go. He arrived bang on time and we got to work. And here’s what we did:

I told him where the current modem is. He unplugged it, plugged in a HUGE new modem, we made sure it worked, and that seemed to be that. Choice quote from him: “I see loads of residential stuff moving to Business these days just to get away from the cap. It’s amazing, the prices are low enough it’s kind of stupid that anyone doesn’t switch over.” He’s right. While we were waiting on the new modem to boot up, another tech left me a voicemail saying he’d be along shortly to do my install. I played it for the first guy, he said eh, just call him back and tell him it’s done. I did so! Woot. The first guy left. The second guy pulled up, looked at the house for a bit, and left.

But no, we’re not done here. The first guy calls again to say he was heading back: he’d been checking to make sure our signal was ok from the box and it was reading some sort of issue (yet was working just fine for us). He was back over in a bit and we chatted about the layout of the cable in the house, mostly looking for where the splitters were. Too many splitters will degrade the signal quality sufficiently that it’s unusable… but I only have two which is fine. He was perplexed but called one of his guys to chat about it. The consensus was that whatever the issues is, it’s on their end, and that he’d have to schedule someone to come out and take a look at our cable box at the street to make sure it’s set up ok.

After he left, I got another voicemail telling me about the impending maintenance on my line. That’s another benefit of having a business line, incidentally. Since I now have a real, honest to god SLA, they have to warn me about maintenance outages. If they don’t, they get to pay up.

But there’s my experience. Oh, wait, almost forgot. Technically I now have two accounts with Comcast, one business and one residential. I called the residential folks to ask them to cancel my internet on their side, which was accomplished quickly and easily. On the other end, there’s Business. Their site keeps saying things to the tune of “in your Welcome email…” except I’ve gotten none. This means, amongst other things, that I don’t have my account number or anything yet. So I can’t log in to their site and do anything. The install guy had said to his peer on the phone that the maint was to “complete this Welcome service” so it could be it’s waiting on him to trigger something official saying it’s done.

Going to need to call about that, though.

But 1000 words later (no, really, I have a little counter) let’s talk about the positives. First, the speeds really are noticeable and nice. Did some downloading I’d been putting off due to the caps and man, it was blazing. And then second, the freedom of not having a cap is hitting me in the best way. I used to worry now and then about streaming video and the like, or even about playing some of my online games… though if they used that much data there’d be wider issues there.

Good times. Still got some followup admin I need to handle, including seeing whether or not residential is going to want their old, crap modem back. And like I said, I need my login stuff. Turns out this new modem does that free wifi for Comcast customers crap, which I can only turn off with my account details. It’ll be getting shut down ASAP: I’m not their fucking hotspot.