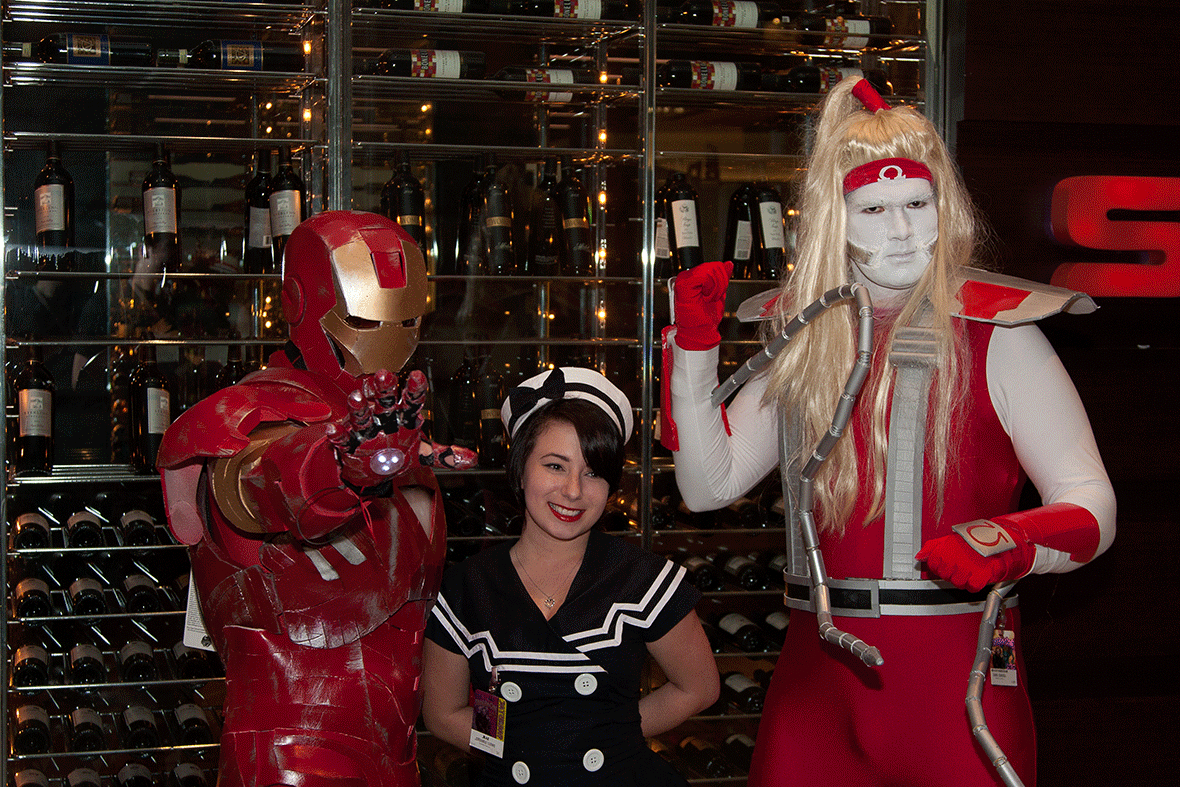 Today I return home from my 14th DragonCon, a generalized scifi/fantasy/nerdy interest convention. It was a great deal of fun with friends and blah blah blah. This isn’t a report on the convention, or at least not on this specific time around.

DragonCon has become incredibly popular, and depending on whom you ask, it’s both a good and a bad thing. When I first started attending in 2001 it was a vastly more quiet affair than it is today. They were, back then, excited to see 25,000 attendees over that weekend. I’m told the expectation was 62,000 this year. The convention is bursting at the seams. That should be great, right?! The convention I love getting the attention it deserves?

Part of the reason it’s become so popular is that the sort of nerdy culture that fueled it has, on its own, become popular. Transformers movies, super-successful comic book movies, super successful novels like Lord of the Rings becoming international blockbusters has driven a trend towards a much wider audience appreciating all the things that used to be exclusive for discussions at conventions just like DragonCon. Now those conventions are popular because the movies are popular (or because the video games are, etc). It’s drawing a distinctly different sort of crowd. And I need to point out, it’s neither a good thing nor a bad thing. But it’s definitely a thing. There’s a group at the convention for 40+ year olds entreating the younger folks (even myself by the age standard) to “Get Off My Con”. That’s largely ironic, but not completely so. The group has also noticed the drastic change in tone of the attendees. It’s unmistakable.

I ended up spending a lot of time this Con trying to work out how to express what I think I’m seeing and feeling. I still don’t think I’m there, but it seems in large part to boil down to an identity issue. It’s shockingly easy to find attendees speaking to guests about how their portrayal of character X in a TV show, or writing about issue Y in a novel, and so on, spoke to them at a nasty time in their lives, and easily 90% of them would describe that time as in school, being picked on by the popular kids. Some would say this was occurring because of their fandom for X or Y, and others would say the fandom was the solace they eventually found. It’d be too easy to say something like “and now those popular kids are picking on the nerds at the convention, too”, but it’s different than that. Nerds used to go to conventions to be a nerd with other nerds, and to find those with similar experiences. Now one could stand in line with thousands of other fans who didn’t have that same connection to the stars / authors on the panel: they simply thing it’s cool and want to meet them. Again, neither good nor bad, but simply there.

Now, in the sense of fandom at least, there’s not really any such thing as a nerd: it’s just too cool to like these things. But for those of us who used to identify as such, who went through that whole particular cycle and sought the sweet relief of a convention to be oneself, well… now what? That’s just not what a convention is for anymore. And anyway, who are we? The people so used to being outcasts just aren’t, anymore, or not in the same sense.

But this is the part where I start to worry that I’m not expressing this correctly, where the explanations in my head start to break down. Because of course there are and will likely always be outcasts, but the difference is that now the outcasts and the outcasters (is that a word?) will share the same interests. I envision a strange future where some bullied kid is told to shut up about comics because what would a dork like him possibly know about the Marvel Civil War crossover series? I bet he still watches crap like American Idol, etc.

This is the point where I’d wish I had a psychology degree, but I certainly hope someone with that education is studying this phenomenon. I really thing something interesting is going on and I wish I had the understanding to more thoroughly flesh it out.