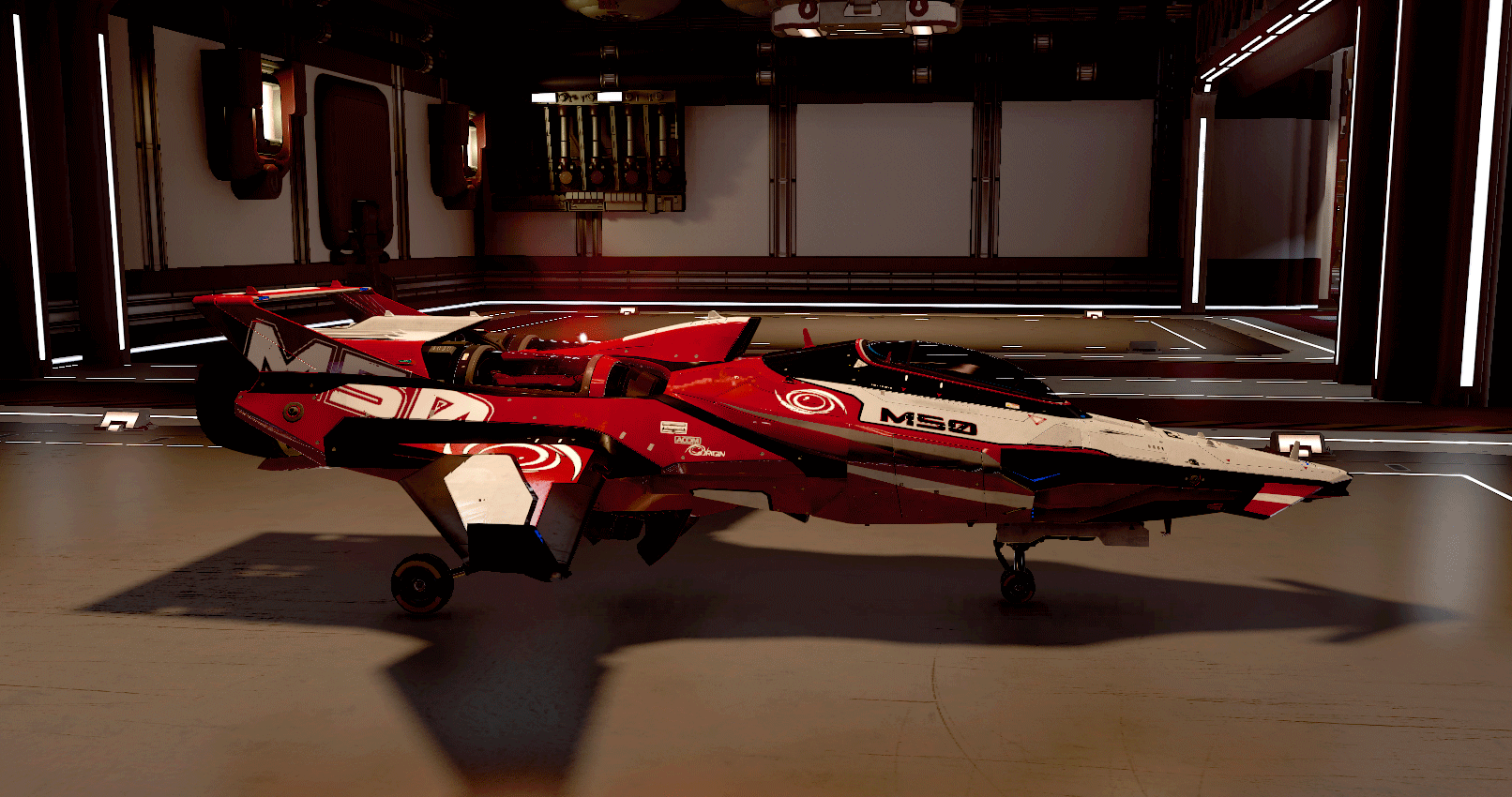 In spite of my previous commentary about Star Citizen’s frequent delays (and that bit hasn’t changed), I do want to make clear that I’m still incredibly interested and enthused about what’s being built there. My header image there is a testament to that: this is a screenshot of the Origin M50, a tiny spacecraft designed to around the idea of being a custom built racer akin to Ferrari’s iconic Enzo, itself a barely roadlegal track monster. And Origin, one of their fictional spaceship manufacturers, is intended to target that luxury-sports demographic. It’s basically modeled on BMW as a company and an attitude. They’re capable as attack craft and as low end cargo haulers, but in there they snuck in not only the M50 as a racer, but have a second ship that’s designed around the lightweight racing idea as well, a sort of M3 of the Stars. To drive this home, they even created an appropriately snotty-toned commercial for the company.

The reason I point all this out is because it’s a tiny bit of that ambition. They’re not merely creating a world that’s all about “ok go here and shoot something, then go there and pick up cargo and deliver to…”. They’re trying, at any rate, to create something a little more vibrant. A borderline-useless boy-toy racer? Yes please! And as they go they’ve been delivering commercials for the fictional ships and companies they’ve thought up. These are primarily meant to boost hype and get more funding flowing (and boy are they effective at that), but also to start adding the tone of the universe. Above I’d linked the commercial for the snotty luxury car brand. Here’s the one for the low-end, entry level thing (my personal favorite of the commercials, it’s just funny). Not your sort of thing? What about the civilized stalwart, the Hornet? Or if you’re more the pickup truck type, they have that familiar feel of that style, too.

Waste of time? Perhaps, given the deadlines that go flying by. Open cash grab? Slightly. But like I said: these set the tone of a universe that’s going to be more than just a bunch of ships flying from station to station, planet to planet. And the same thing with taking their time meticulously designing and modeling their spacecraft: they look a little more real that way, a little more like it was some real design. And they’re about to blow through the $49 million mark in funding for all their trouble.

The devs are well aware of the burden that’s on them to take that amount of crowdsourced funding and turn it into something real, and of the wariness over the regularly-missed deadlines. They’re also very well aware of the hype it’s earned. One of my favorite tech blogs, Ars Technica, just released this piece that goes back into the history of Chris Roberts and just how his vision culminated in the monster (in a good way) being built here. Quite an interesting read.

When it’s properly managed, hype can be a massive boost to any game’s development. The buzz that gets people talking on forums, on blogs, wherever, is a huge and encouraging wave of enthusiasm and of course promise of further sales on release. But it also has to be managed. I don’t believe that’s been happening, at all, for Star Citizen. The community manager there has been encouraging hype at every turn and hinting or even outright stating “X is expected to be released on Y” only to blow through that deadline at every turn. A friend put it best: they’ve been doing their own hyping of every last milestone, they’ve worked hard to keep interest on those forums at a fever pitch such that even a tiny delay turns into a massive disappointment for a throng of fascinated fans. Lots of folks are happy to give leeway, but plenty in their disappointment start declaring it a useless project and claiming to turn away (they don’t, of course, they’re just being attention whores).

What it all boils down to, though, is execution. Do you go for the ambitious plan that will take you ages to get developed and cough up what is (hopefully) the superior product? Or do you reign in your astonishing plans and develop something solid but less fleshed out?

I look forward, so very much, to playing Star Citizen. But right now Elite: Dangerous is tickling just about every space-sim need I’ve got. I enjoy both the anticipation and the satisfaction.