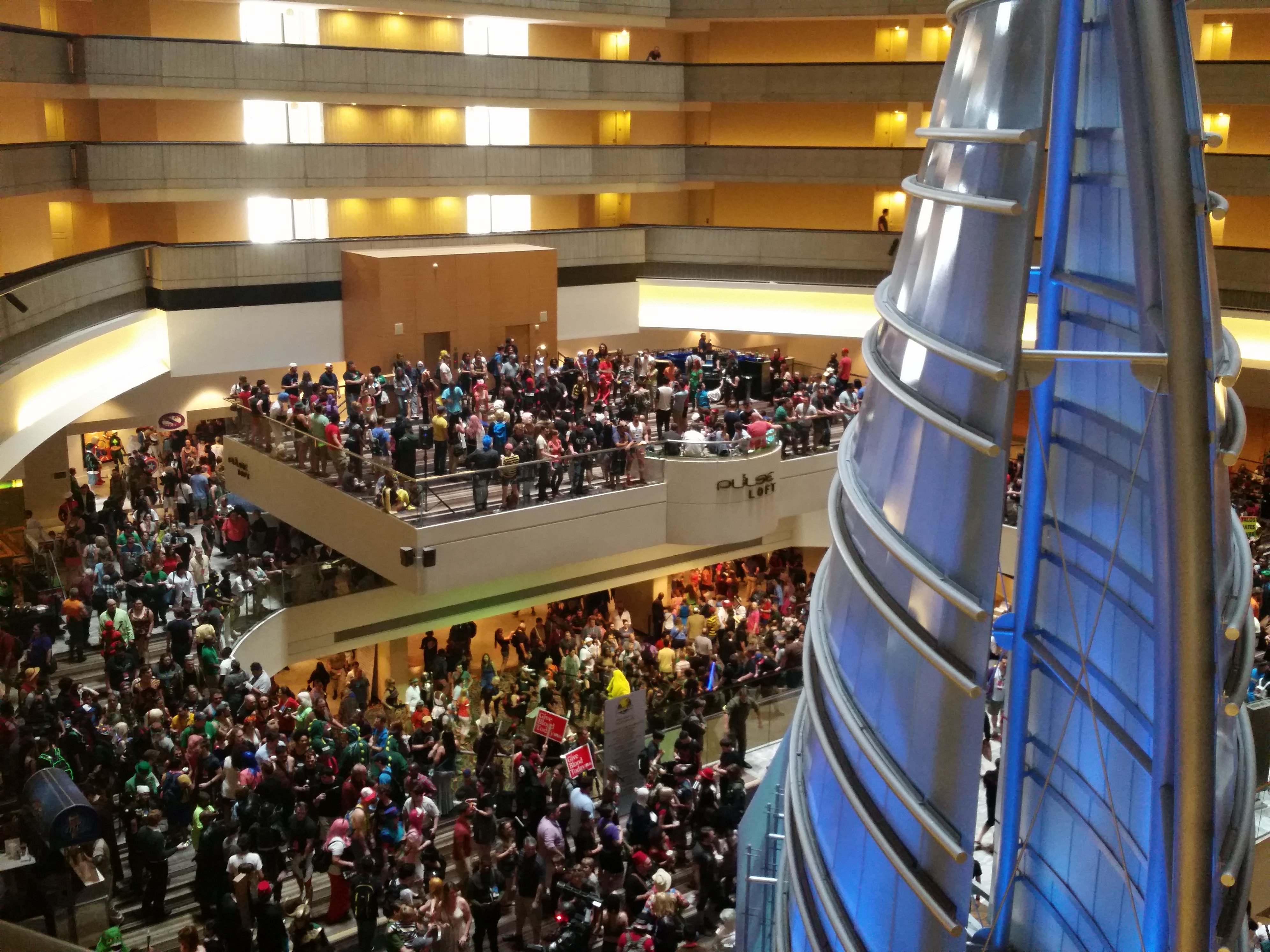 In 2001, a group of friends and I decided to hit Atlanta’s best know SciFi convention, DragonCon. In truth, we did a bad job of it: there was a lot we didn’t know, and handled a lot of it poorly. We weren’t prepared for the rigors at hand. But we had fun and kept going annually. After I parted ways with those friends, I kept going, and have done so since.

This past Labor Day weekend was my 15th DragonCon. It was also my last.

The convention has changed a hell of a lot… they were excited, in my first year, to have hit 20,000 attendees, and even at the time the host hotels were struggling to deal with that much human traffic. Current estimates put this year’s convention at 85,000. It’s finally gotten so bad that even the city’s infrastructure can’t cope with it. But it caters to a different kind of fan, now, not the comic book fan or the tabletop gamer… those things are present, but take a back seat to the fans of massive blockbuster superhero movies and AAA video game titles. I don’t resent this, it’s a necessary change. Of course the convention’s organizers want to keep up with what’s hot.

But at the same time, I’ve become a different kind of fan. When I started going to these, it was great to hit some of the fan panels and have discussions about TV shows and movies I loved. Farscape, Battlestar Galactica, some of the literary stuff, it was great to hang out with fans of these! But I’m not a fan anymore. I don’t watch those sorts of shows, I rarely hit movies. My tastes have changed, and who cares about seeing the dude who played a fictional dude in some old movie anymore?

And so I was getting less out of it, but the hassle kept getting bigger. Sure, we had friends that are great to hang out with, but I don’t have to do so in the context of a con.

It’s not like we felt this way for the first time this year. The possibility of dropping it has come up for several years now. This time, though, we’d made the decision before the convention began. It was time to step aside. And now we’ve talked about it with a few friends, it looks like we’re not the only ones arriving at this decision.

I don’t want to sound like this is a sour grapes thing. I genuinely wish DragonCon and it’s many, many attendees well. It really can be fucking fun. But maaaan, the venues can only get so large. The humans can only be so crushed.

In trying to decide where to direct those energies we’ve instead looked towards some smaller conventions. Several of our friends have attended and spoken well of Con Carolinas, which is “conveniently” just a four hour drive for us. I got all our tickets and a hotel suite (suite!) reserved, no problem, at a reasonable price. And with a less chaotic environment we’re intending to bring Zoe along for her first convention.

So there’s that. It’s the end of an era for me, for us. I hope I know what the hell I’m doing.