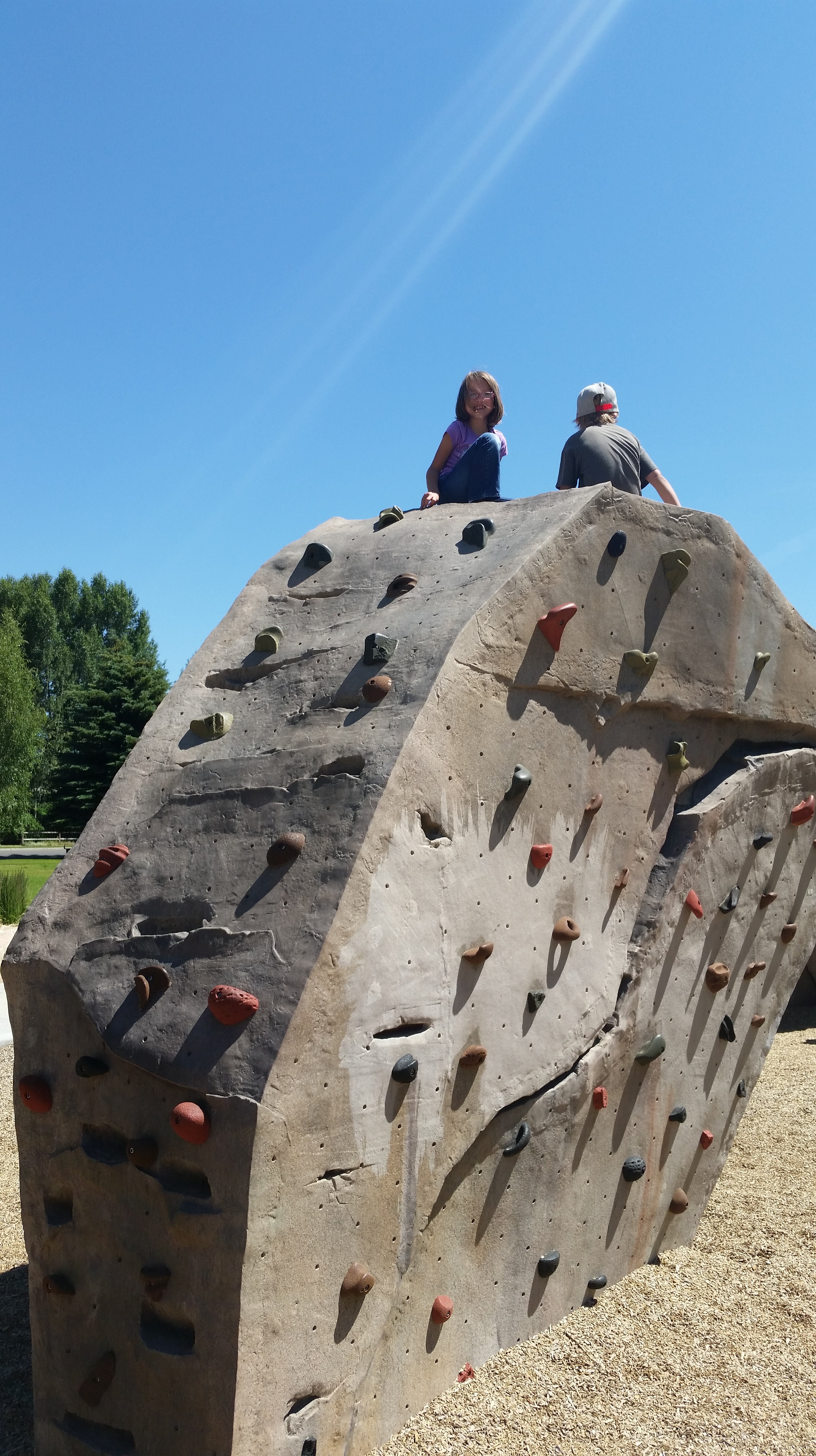 Before we’d set off on the trip at all, we had a problem: the arrangements happened to overlap the World Cup final and the 3rd place match. Because I’ve become such a junkie for this particular sport I wasn’t exactly thrilled to miss whatever incredible conclusion was going to happen. As such an agreement was forged that Jed would get control of the best TV in the hotel on Sunday, July 14th, while the final was on. And as it happened the timing on that worked nicely with the fact that we had a group dinner planned that evening.

However, that agreement was made before the WC even began. I had no idea who would be playing and it was entirely possible I wouldn’t care at all. A week before the trip there had been the very real possibility that the final would be Germany v. Netherlands, a very very fierce rivalry, while the 3rd place match could be the much, much fiercer rivalry of Brazil v. Argentina. Even now that the WC is over I still quiver a bit in anticipation for such a match. But in the days before the trip began it settled out: Germany v. Argentina for the final (yawn), and a supremely disappointing Brazil v. Netherlands in the 3rd place match. As such, when the time came, I didn’t particularly care.

So late Sunday morning when we set out for lunch and then to meander the town of Jackson, everyone still seemed to be worried that we had to get back to the match, in spite of my telling them repeatedly that I really didn’t care. In fact at one point I had to use a tone with my mother in law to get her to relax on that.

But we started the day with a short trip over to the park for the three of us: the others went to try the slides they have coming down the ski slopes. As it turned out the local playground had a small, kid-friendly rock climbing wall and Zoe was interested in giving it a go. Thrilled that she might have suddenly decided to give up on a fear of heights, she, Erin and I wandered over there while the others were busy. Of course, she initially changed her mind after having gotten to the first step. After some time on the slides to get up the courage, she tackled it. All of this had musical accompaniment in the form of a 10-ish year old girl with huge headphones and an iPod, swinging for all she was worth and belting out out-of-tune vocals for some song we didn’t recognize but that was definitely on repeat for half an hour or so. Even Zoe came over to announce she was annoyed at this. We managed to talk her in to finishing the rock climb exactly as the rest of the family called to announce they were coming to pick us up.

We waited 20 minutes before deciding to walk back. They met us 50 yards or so from the hotel, and we went downtown for lunch and a peek around town.

Wandering the town was pleasant aside from the heat. It has a lot of neat shops with a lot of neat stuff. Though being the local tourism hotspot, everything is expensive. And being a ski resort that caters to a higher end crowd, some of that means very expensive. We hit an art gallery that had some wonderful stuff in the 4-5 digit range. There was also a leather and fur store with some of the nicest leather jackets I’d seen. I’d have loved to get one, but as little as I’d need to wear it out in my normal Atlanta climate there’s just no way to justify the price. Some of the other shops were amusing and quirky, others were just ridiculous.

After we all met up again in the park (there were two different guys out there with guitars belting out folks songs and country music for tips) we went back to the hotel to get ready for dinner. As it happened the game was in overtime: we fired up the TV just minutes before Götze scored that incredible goal to win it all. Good times.

Dinner was going to be off at the Bar J Chuckwagon. Before we actually got there all I’d known about it was that it was going to be some kind of “show”. Based on the descriptions I’d gotten I expected a sort of cowboy-themed Medieval Times but it turned out to be both better and worse than that. The worse part was that getting dinner consisted of everyone (around 400 guests I’d have to guess) getting up, rushing to grab plates and utensils, then going through a long line where the performers and some other staff were throwing food on your plates. This was chaotic as hell and had me quite worried that our 7 year old would have difficulty in the crowd and end up spilling, but she did wonderfully and all went well. Food was good, too! The kiddo scarfed down the baked beans like she was starving and declared them her favorite, which was a surprise to me.

In the meantime the old guy who started the whole ordeal got up on the stage to tell us a bit about it all. It was a family operation: many of the folks serving us in line were his kids or grandkids, and a few of those would perform later. He also talked about how they started, how it became what it is, and how it all compared (meal-wise) to what real cowboys would have eaten with a much appreciated, un-sugarcoated honesty (“The applesauce, no, they wouldn’t have had that, but we figured you’d like that more than dried fruit.”) and more than a small amount of humor (“Those of you on long drives for vacations, here’s a tip: stop somewhere for some dried fruit and let your passengers gnaw on that for a while. It’s tasty, and having to chew it so much means you’ll get some peace and quiet.”).

After dinner and as the sun was going down the more direct entertainment portion began. It turned out that it was a country western musical show. Five of them on stage, joking back and forth a great deal (all rehearsed, but rehearsed well enough to look natural), singing this or that song. Each of them had their thing: the “short” one had the super deep voice, the one that had been MCing before dinner began was the smartass, etc. One was the two time US fiddle champion (no idea how that goes). And then off to the side was another guy. He just sat there quietly for most of it, out of the way until they slowly started getting him in on the jokes, but watching him it became apparent very quickly that he was a real talent. Donny, his name was, like a Grumpycat Cowboy. He did a banjo instrumental “love” song  (“Met Me In The Cornfield And I’ll Kiss You Between The Ears”) eventually which was pretty damn impressive. Found a video of another one they sang for us.

During all of this the kid was largely unimpressed and starting to get whiny until they did a rather funny Noah’s Ark song where they were all making animal noises. This included the incredibly quiet Donny having his funniest moments. It was good to see the whole place laughing, hard. Later on they did another funny medley edition, also exceptionally well-rehearsed. Good times.

But eventually it wrapped up and we trudged once again to the hotel.