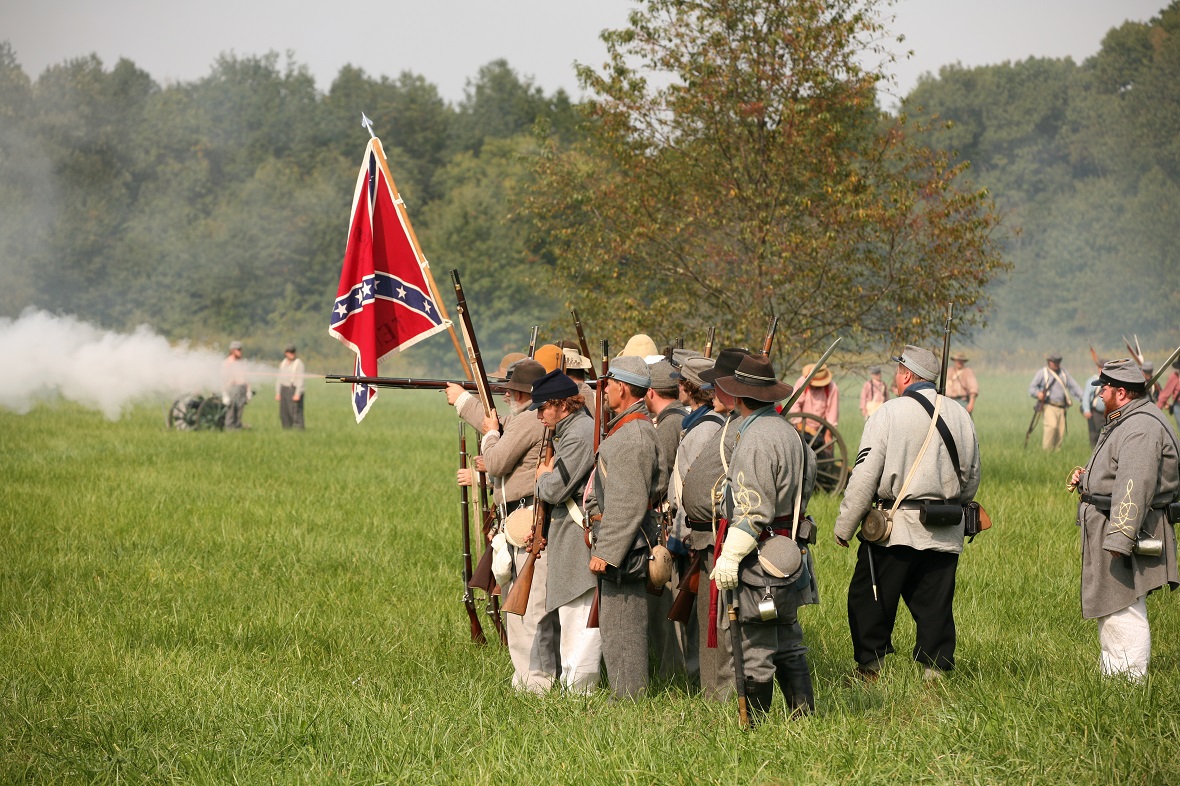 I was driving through downtown the other day and spotted a placard they’d set up to advertise an upcoming Confederate Memorial Day service. Needless to say, the most prominent feature of this was the Confederate flag. It got me thinking about the whole heritage v. hate discussions that occur on a regular basis.

It’s more or less impossible to live in this area and not see those flags all over the place. Many plaster it to their truck, some change it up by having the old Georgia state flag with the stars and bars mounted as their front license plate. A lot of people cling to that heritage slogan. And yet it also seems natural to want to lash out over it. I absolutely approve of the efforts that forced several states to remove the stars and bars from their flag.

As an extension of that you’d think I’d be against these services, but no. Respecting one’s ancestors who were caught up in such a war is ok. Those men and women at that time were often loyal to their states, and found themselves caught marching under a particular banner that ended up being flown with an overtly racist goal (even if they didn’t recognize it as racism at the time). They fought, they died, their side lost. The banner doesn’t preclude them from being remembered.

Here’s the thing, though. Regardless of what they thought of the war they were fighting, we, 150 years later, have this magical opportunity called hindsight. In hindsight we can clearly see that the overall goal of the army they marched with was to continue slavery. In hindsight we know that, regardless of their motivations, they were helping to forward the cause of a tremendous, racist atrocity. And in hindsight we know that therefore, ultimately, flying the Confederate flag is supporting the racist goals of that time.

The fallen Confederate soldiers should be remembered. They are ancestors, they thought they were patriots, and they are in some ways victims of the scourge of slavery as well (though nowhere near as much so as, say, the people enslaved). That’s Heritage. Flying the Confederate flag? Holding it up proudly and pretending it means anything other than an inherent support of racial discrimination? That’s Hate, and/or shocking ignorance, which is no excuse for hate.